You are here: Home / About Marty

How Music Completely Mesmerised Me And Took Over My Life. A Continuing Story…

“I was born in Stockport, Greater Manchester, 6 miles from the city centre on the 7th May 1958 and grew up as a teenager in Thingwall on The Wirral about 7 miles from Liverpool’s city centre. I had a brother who was 7 years older than me, my mother having had another child in between us who died soon after he was born. His name was Robin. When I was 14, we welcomed Shelagh to our family.

My father loved Frank Sinatra, Shirley Bassey, Nana Mouskouri and The Planets Suite by Gustav Holst. My Mum loved Glenn Miller and all swing music and Frankie Vaughn and the song Spanish Eyes sung by anyone. My brother had all the Beatles records, he had Cream albums, The Beach Boys surf records, two of The Kinks albums and singles by The Hollies. When I was 9 I started buying singles.

My first single was Alternate Title by The Monkees but I also bought See Emily Play by Pink Floyd, Hole In My Shoe by Traffic, Itchycoo Park by The Small Faces, Mighty Quinn by Manfred Mann, Autumn Almanac by The Kinks and Flowers In The Rain by The Move – it was 1967. 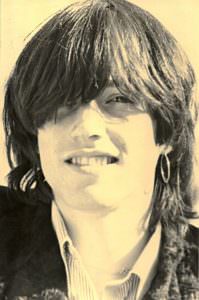 When I was very young, 3 or 4 perhaps, we moved from Compstall where my parents had a pub called The Commercial, to a house just outside Marple Bridge on the way to Glossop. I can just about remember it. Happy memories of living in the countryside, lots of pets and snowy winters. We had a Garrard deck and I remember playing the records on it. This is where I discovered Radio Luxembourg and like all kids of this age, we listened to the chart show way past our bedtimes (“Luck lucky Luxembourg”) with a torch under the covers writing down the names of the songs on the charts.

Sometime around 1970 we moved to Birch Vale in Derbyshire, a small village between New Mills and Hayfield where my parents took on another pub after my father lost his job when the company he worked for went bankrupt. The pub was called The Grouse Hotel and it was another happy period. I made friends easily in the village and our gang had many great adventures up on the moors, collecting skeletons of sheep and growing up.

Unfortunately this period of my life was short lived as my Dad got a great job in Liverpool and we packed up from this old pub in the country and moved into a small flat in the oddly named Thingwall on the Wirral Peninsula between Heswall and Arrowe Park. I was surrounded by suburban sprawl, the countryside was close but it wasn’t the same as actually living in it. 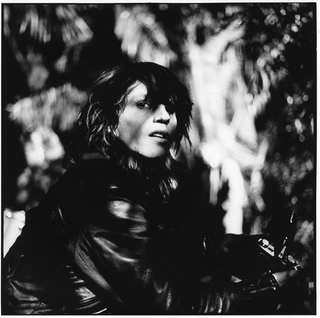 Somewhere between Marple Bridge and Thingwall I had bought my first album on a budget label called Marble Arch. The album was Universal Soldier by Donovan and it sure looked like he was wearing lipstick on the cover. It had some memorable songs, especially lyrically – Colours, Catch The Wind, The War Drags On and the controversial Buffy Sainte-Marie penned title track – it was cheap but it was deep. Soon after that came my first full price record, Happy Together by The Turtles. It must have been bought for me by my parents, possibly for a birthday because I don’t actually remember buying this record but I do remember having it. This doesn’t seem to go with the chronology of my memories because it was released in 1967 and my interest in it must have been inspired by hearing the title song on the radio. There was another hit from this record too called She’d Rather Be With Me. I suppose it could have been bought for me sometime after its actual release. I played it to death but it wasn’t until I arrived in the Liverpool area that I started to hear about my generations’ music and found a family of musical friends to share any new discoveries with.

It was the time of glam and underground rock and I found it hard to choose between Deep Purple and T. Rex. So I ended up buying the Deep Purple In Rock album and listening to all the T. Rex singles on the radio and seeing them on the television on various different pop shows. Four No.1 singles were hard to avoid as a 12-14 year old. Hot Love, Get It On, Telegram Sam, Metal Guru all went to No.1, Ride A White Swan was N0.2, as was Jeepster. Deborah came out later on the coat tails of the band’s success (Jeepster was also released in the wake of the band’s popularity by the band’s old label, Fly, without any consultation. At the same time, Speed King, Living Wreck, Child In Time, Bloodsucker, Hard Lovin’ Man, Flight Of the Rat were the songs on the In Rock album. As T. Rex became big on the pop scene, Deep Purple became big on the rock scene.

Finding sounds in the grounds 🎶 Read Marty's b

The Sweet Silver Song Of The Lark 🏆 #champions