Question? What do you do in New York if you are not going to see a Broadway show? Answer? You go to the New York City Ballet at the Lincoln Center. So we did just that and went with Ahad of Afridi/Willson-Piper fame and Nurtaç of amazing person fame. Take thyself to the streaming sites and listen to the album or go to Bandcamp and purchase a download. We walked from the final Path train station at thirty-three and a third street to sixty-first and Western avenue where we were meeting Nurtaç and Ahad, that’s quite a hike on a cold day but the pace kept us warm and the bulging, buzzing and burgeoning early Saturday night New York streets kept our minds occupied as we sucked in the culture, unfiltered.

Earlier in the day we had walked into Jersey City to pick up a Turo car. This is a car that you hire from a private person. You don’t need a credit card (we don’t have one) which you need for the established companies so this is our only option. It’s all very modern, we went to the car park under his apartment building, found the car and took six photos of it from various angles which we then had to upload, this was supposed to unlock the car, it didn’t work. So, Olivia called the owner and he opened it remotely (just as impressive in my book). We parked, we left for the ballet.

The ballet was four ballets in one, Tchaikovsky/Allegro Brillante, Pärt/Liturgy, Gounod/Walpurgisnacht and Stravinsky/The Firebird. It was beautiful, the high art of ballet, the magic, the skills, the choreography and the music and the atmosphere of the David H. Koch Theater at the Lincoln Center, oh yes, and great seats. Afterwards, we walked through the legendary streets of New York, past Central Park, then Columbus Circle, places I know from having a management office nearby in the distant past.

Eventually, we came to Sixth Avenue where we said goodbye to Ahad and Nurtaç. We walked down to thirty-three and a third street via a sandwich shop, where I talked to a Mexican lad from Oaxaca. Olivia stopped off for a burrito, I waited outside where a man approached me for a ‘donation’ in the Year Of The Rabbit. My explanation that I was cashless because my wife was in charge, amused him greatly. 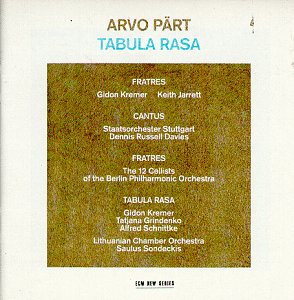