Salim was gone at 4.30 AM on the way to Philadelphia to play on an East Coast tour with Rhett Miller. We had all day to get home and unlike Salim, we had a good night’s sleep. It was five hours from San Antonio to Dallas and Sarah pulled up outside the hotel in the black beauty, parking in front of a massive pickup truck that you needed a ladder to climb into. A man ascended, he was picking up his wife, as he passed me I asked him, “How many miles to the gallon do you get” – “Thirteen,” he said. Just so you know, a US gallon is 20% less than a UK gallon but still, it’s not much and he’s lucky he doesn’t live in England with that mega beast, he’d be choosing between which beast to feed, himself or the monster he drives.

On the way from San Antonio, we stopped for breakfast, for lunch, for coffee and we even made it to a shop in one of the mega malls by the highway to buy another suitcase for our journey to NYC on Thursday. In another shop the woman guessed I was 45, haha, and, in another, it was so huge that explorers had died there. We carried on through the farmlands past Austin, past Georgetown, past infamous Waco, past Waxahachie, sandwiched between giant 18-wheelers, chunky SUVs twice the size of sedans and the occasional insane motorcyclists, weaving their way between the leviathans and the grinding gears of the traffic.

The music never sleeps, we arrived back in Dallas, dropped off our lurex stage clothes and glitter boots and drove straight to the studio to meet engineer/drummer John where we were continuing to work on the mystery project for one more evening before sessioneer NJ Brian arrived, returning for a final two days of Olivia adding strings to the Valley of Salt project. As he was in town the night before he dropped into the studio to say hi. We also had visit from engineer Kevin who was allegedly at the Austin show, I didn’t see him, confirming my suspicion that he is actually a hologram and cannot leave the studio grounds. Kevin managed to fix my guitar while he was here, the jack socket was falling out during the shows, each night I prayed for it not to break.

Our mate Bucks Burnett came around to visit with his No.18 numbered copy of The White Album (1968) and his unopened ‘Who’ gold album sent to him by Pete Townshend for naming their last album. He opened it in the studio, what a gift. He brought the Beatles album to show me, so rare, such an early number and allegedly owned by someone in the inner circle and touched by the lads themselves. As I was there to admire his No.18, he was there to admire my Malaysian White Album too. 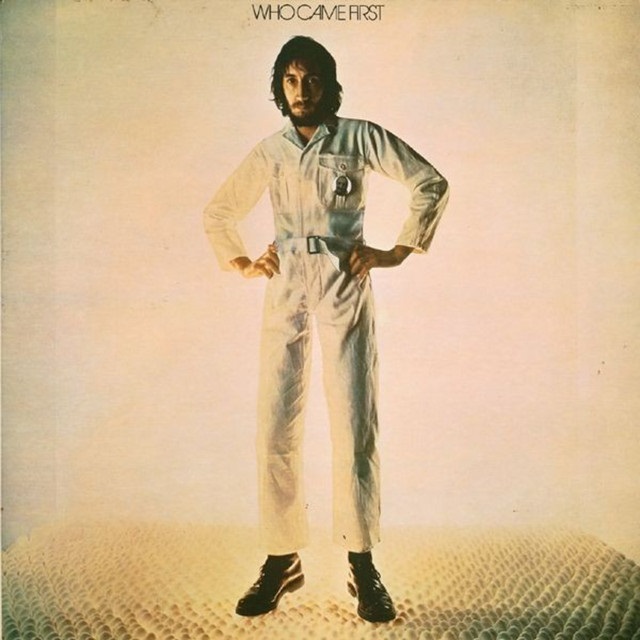 Music today has been Pete Townshend’s Who Came First (1972), his first solo album where he’s standing on eggs in his Dr. Martens. This from Wikipedia: “The cover photo of Townshend standing on eggs is a reference to the eternal question Who came first: the chicken or the egg?”