Austin to San Antonio is just an hour but we still had to exit the flared, designer velvet hotel. At one point I went to reception and asked if they had recycling, they did, of course, but it was stiff, it seemed like they hadn’t realised if it hadn’t been for Jimi Hendrix and Janis Joplin that they wouldn’t have such a stylish hotel, they should teach music history to the receptionists, not just acceptable conservative customer service. We left our beads and incense behind and attempted to meet Salim’s friends John and Kim for lunch, the trendy popular place (Magnolia) was packed so we went somewhere good instead (The Meteor). John and Kim had flown in to see us from San Francisco after the Southwest Airlines mess that stopped them from coming to Dallas on New Year’s Eve, but they ended up seeing us in Austin at the Cactus Café, which was probably the best gig of all, songs and silence.

It was here that we said farewell to William as he had to return to his real life in Houston with his wife Julie and work at NASA. Aliens have been coming down to visit his beard and they were due on Martin Luther King day for an analysis of the curls. We drove on to San Antonio via more Texan churches with multiple denominations, more cattle and more scorched winter fields and cacti, the winter drains the green like the sun bakes it but at this point, there are no crops just solemn herds and scouring vultures and kites soaring above the telegraph poles and the black wires above the traffic, pumping poison into their air.

We arrived at our hotel and checked into a standard establishment with the obligatory sealed windows to stop the one in countless zillions who might jump out. The convenience of the level-headed, dictated by the torment of the troubled. We left for soundcheck and found ourselves at the venue (The Lonesome Rose) in five minutes – a more Texan venue you would be hard-pushed to find. Fern opened the door for us to load in, a well-ridden Harley Davidson parked outside the wooden veranda and steps. Inside, a Texas bar with a low stage, a pinball machine, everything wood, and a large space out the back. During Salim and Joe’s set, two guys thought a quarter in the pinball machine might be appropriate. When I went on, a fellow in front, looking at his phone most of the night. Joe and his friend Eric from the band Buttercup, performing as Demitasse, opened for us. The listeners were great, we moved the talkers out the back, the staff were cool, another day on the road.

After the show I was ready to die, my hands were hurting, my neck and body were sore, I was underslept and falling into bed a wreck, but a satisfied wreck with the reaction to the shows turning over in my head for the thirty seconds before I fell asleep.

In March it will be 13 shows in England and Scotland in a row, I promise not to welsh on the agreement. Now, that reminds me of the time Dare and I drove to Maesteg in Wales to see Roy Harper. 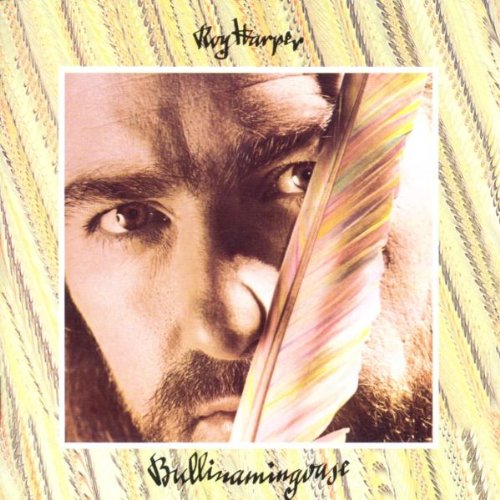 Music today has been the American-titled Roy Harper album Bullinamingvase (1977) called One Of Those Days In England here in the US. I have it but with a different title and the fact that it was a promo too is reason enough to add it to the collection. His ninth album, the title track features Ronnie Lane on bass, Alvin Lee on guitar, and Paul and Linda McCartney on backing vocals. Great music from a great artist, he’s 82 this year, listen now!