Our hotel was the epitome of Bohemian chic, a cabinet half sprayed in grey paint, a sliding bathroom door which looked more like the entrance to a cattle shed than the loo and a courtyard complete with fire pits and paths that was the perfect setting for a sixties movie with yellow flares, headbands and acoustics. Breakfast wasn’t included so William and I went to a local bakery to meet Salim, Joe and Sarah for a long queue and a $15 piece of avocado on toast. But the sun was shining and although the breeze carried a slight chill, it still felt like a spring day rather than a January day, welcome to Texas.

We left the beige bakery and cafe and walked back to the hotel located in this trendy area known as “The Domain” – it wasn’t there until recently but now it’s a sprawl of considered planning. We headed back to our comfy corner of stripped wood and the pricey fridge. You used to see signs on café doors around here that said “Keep Austin weird”, not anymore, now the cooler cats have made it into something attractive, the money moguls are coming in to create a playground for the not-so-adventurous, the well-paid and the bystanders who will wait till streets are a little cleaner, the music a little quieter, and the run-down are torn down and replaced with glass and concrete and designer jeans.

At the hotel, we climbed into the shiny slick black machine for an interview with authentic cool cat, musician, podcaster and Austin legend Johnny Goudie. Salim and I talked about our projects for who knows how long but we will keep you posted for when it airs and you can time it yourself. From there, Salim and Sarah dropped us off at Waterloo Records, one of the world’s great record stores. I talked to Martin who had been there for three decades and Chad who came from behind the doors where the important people dwell (haha). Nicely greeted I set about finding some records I needed desperately, mainly looking for hard-to-find American bands or at least American versions. I did well, but I found too many to mention (today), second-hand bliss.

William picked us up and drove us to the Cactus Café soundcheck. I’ve played there before a few years ago but also way back in the distant past when I had a size 27 waist. We’d met sessioneers Abby and Nick at Waterloo, who have just moved to Santa Fé recently and we hadn’t met in person before. Also, Paul from New Orleans and his wife Rachel, all at the record store, probably a bad idea because we immediately wanted to hunt and talk simultaneously. We spent an hour and a half in the shop bought a stack before we found the venue and sound checked.

What a night it was, lots of people, attentive listeners who made us feel very worthy (haha). Thanks for that everybody. Minneapolis Fred was there with Gerri Ann and his dad, Fred Argir Sr. and his wife Clora. Music lover Bengt from Sweden was there, that was a big surprise, quite a hike. Olivia had a school friend and her boyfriend who she hadn’t see since her schooldays in North Carolina. Engineer Kevin came from Dallas, I’d managed to borrow his Gibson Hummingbird but somehow missed him in the crowd. John Cole who initially set up our websites was there with his girlfriend Amy and daughter Bridget (Oh B, how you’ve grown, said the adults). We went with them and William to Denny’s after the show as there was a ten o’clock curfew on Saturday nights (nuts, considering it’s a campus in Austin). A wonderful evening. 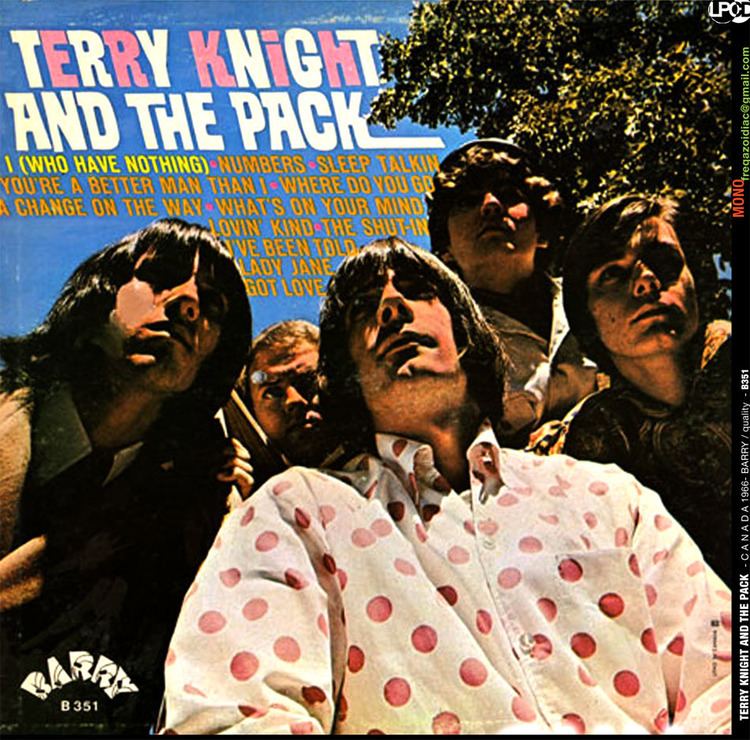 Music today has been Terry Knight and the Pack’s debut (1966) because I found their original debut album at Waterloo. There were some impossible scratches but us record collector types, we buy the damaged copy in its original sleeve and try and find another better condition copy in the future, that’s our idea of fun. Knight went on to manage and produce Grand Funk after Mark Farner and Don Brewer had found themselves in The Pack (he also produced Bloodrock). He met a tragic, meaningless and grisly end when he was stabbed to death by his daughter’s boyfriend in 2004 aged 61 after an argument.