Waking up at William and Julie’s house and heading straight for Zack…the Siamese cat, the cuddly one, followed by Oscar…the Siamese cat, the hissy one, and followed eventually by Louis… the Siamese cat, the shy one, followed by William and Julie…the humans. I couldn’t get the internet to work so I wrote offline and had to wait till we got to Austin to send the text to Olivia to post. It was further than I thought from Houston and of course, it’s America and it’s Texas and the traffic was thick. But there were some sights on the way, buffalo (the animal, not the place) and of course zebras. More churches with names like Gay Hill and of course pickups and 18-wheelers with drivers looking down at their phones as they power forward.

William was driving, leaving Julie behind to look after the ‘boys’, they need a lot of attention. Before we left he showed us his British racing green 1971 Chevrolet Corvette Stingray, we caressed its body and marvelled at the lines, gushed over the backlights, and stared lovingly into the engine. The floor mats have ‘Stingray’ written on them, the two flags insignia, the removable hard top, and the gorgeous chrome, lovely. I’m sure it goes like a bomb. 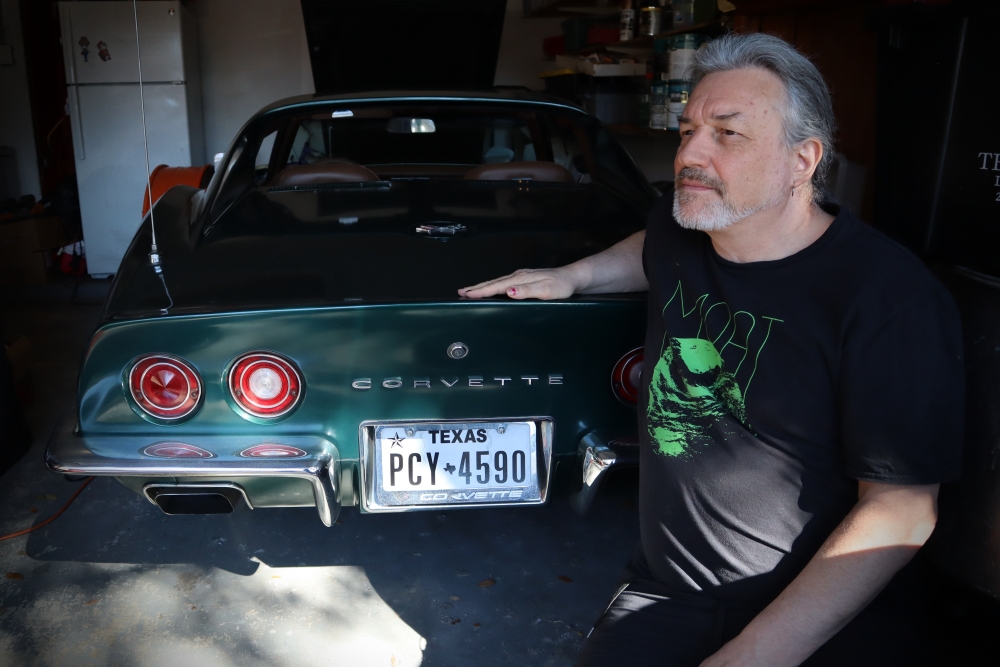 We arrived at our destination after four hours of driving. We’d seen the lights of Austin ahead but we drove beyond out into the suburbs to Robert and Lisa’s house. They were set up under a canopy that opened up into the garden. The light was dimming and it was getting colder but Robert had various heaters and fire pits plus the Texans knew it was going to be chilly. They arrived dressed as Northern Europeans in coats and scarves, probably even more wrapped up than we would be as they are more used to the warmer weather.

Salim and Joe came on and did a blistering set with Salim, the Joe Elliott of the house concert and Joe the Eddie Van Halen of the garden, at first I felt like Leonard Cohen on Prozac after them but soon got my Robert Plant on and heavy-metalled my way through, supported by Olivia’s distorted violin and a good sense of humour. All this took away the reality of the chill and we ended up “flashing sparks into the night” (like The Tubes). Robert, Lisa, and their son Eric were gracious hosts and a lovely night was had by all. 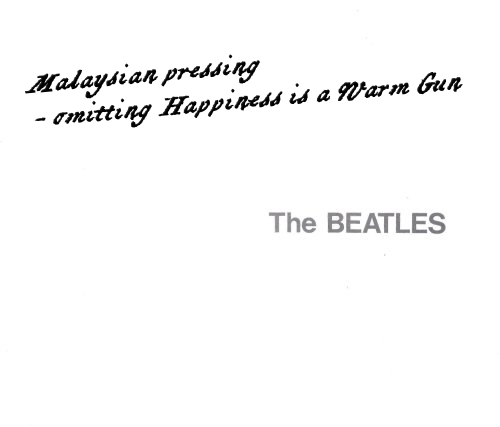 Music today has been The Beatles‘ White Album with a difference. Released in 1968, it seemed that some of the titles were just too much for some cultures. William had seen this album with a difference in a record store and realised that it was a perfect purchase for the archive, and so he bought it for me. As described in the picture it is the Malaysian release that omits Happiness Is A Warm Gun from the titles inside and is missing from the record itself. Something offensive in the title or lyric? Who knows, one can only imagine what inner turmoil it caused for someone in the censorship department. Perhaps it was easier to omit as it was the last track on side one, making it a little easier at least to edit from the master tape they were sent by EMI London and ultimately survive the provocation of its inclusion. They also omitted it from the artwork.