The temperature rose today, Texas does that, 80 degrees in January, which brought to mind this lyric from Siouxsie and the Banshees:

Long ago in the headlines, they noticed it too
But too late for the loved ones and nearly for you…

Shaky lines – on the horizon
Snaky thoughts – invade each person
Watch the red line – creeping upwards
Watch the sanity line weaken
The volcanic depths of Hades’ ocean
Bubble under, these crazed eruptions
It wriggles and writhes and bites within,
Just below the sweating skin

I wondered when this would happen again
Now I watch the red line, reach that number again
The blood in our veins and the brains in our head…

Underneath the lyrics were these comments:

“Based on the fact that when the temperature reaches 92 degrees in America the crime rate rises by 200%”.

“A song about murder. Tinderbox is one of my favorite albums by Siouxsie and The Banshees”.

SIOUXSIE: “That was sparked off by a short story I read where crimes would escalate when the temperature reached 92 degrees. It’s about the rising panic of the people who know what’s going to happen as the temperature rises towards that number. I mentioned it to Steve, who’d seen some alien from outer space film, in which, right at the end, a sheriff says: ‘Yeah, just about at this temperature everybody goes crazy’.” Source: NME 28/09/85. 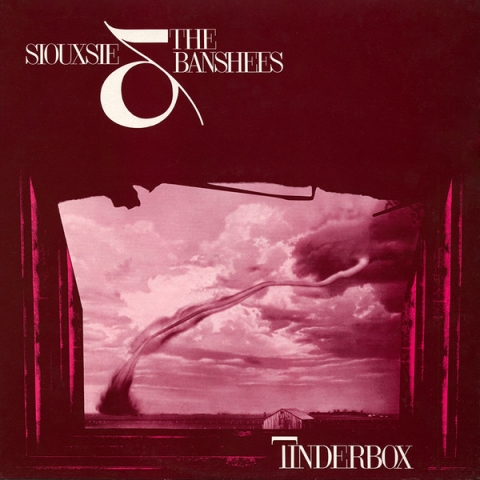 Music today has been Siouxsie and the Banshees‘ Tinderbox (1986).