This week we will be playing some shows with Salim Nourallah in Texas:

You might have already seen that we are playing in Austin at the Cactus Café but we are also playing a house concert the night before at Casa DBs. The concert at the Mucky Duck in Houston will be streamed on Youtube here and is apparently free to stream. Salim will be joined by guitarist Joe Reyes, Joe played great guitar on the album we made, A Nuclear Winter. It won’t be officially released until May but he will have some very limited vinyl copies at the shows (it’s a limited run of 200 total). I also play on the album and co-produced it with Salim in Nashville and Dallas. We will also have limited vinyl copies of the Space Summit album, the Brix Smith collaboration and Atlantaeum Flood as well as vinyl copies of Hanging Out In Heaven and Nightjar. We will have MOAT’s Poison Stream and Noctorum’s Sparks Lane. See you there.

Today was my mum’s birthday and I know she will be watching the Masters snooker championship on Mars tonight. Strange that you might catch your parents up, I wonder will I make it to their age, my mum was 80 and my dad 93, if I live that long I’ll be doing very well, Olivia’s great-aunt is 103! In my 65th year, one wonders “how much of the future you can save” and how weird it will be to be the same age as your parents, or older.

In the studio with Rich, our ‘crew’ keyboardist. We had an early start, so early in fact that Olivia stayed in bed and I was sitting in the studio at 9.55 AM. We worked on three songs for the Fred project using Rich’s odd sixties organ and a Nord keyboard. We got some great takes, it’s always a pleasure to play with Rich. He plays on the new album from Salim as well as Brian’s Valley of Salt project. When he left we concentrated on violin with Olivia working till 6 PM on the Fred project before we flipped to the mystery project. As soon as we did that the computer program suddenly became unavailable and we spent two hours waiting to get it back. We eventually did and worked on two more Olivia violin tracks till midnight.

We have two days left before we go to Houston on Thursday but we will be back from San Antonio on Monday to spend two more days in the studio with Brian and the Valley of Salt project. We will be recording Olivia, it’s a busy week for her in the studio and at shows. We leave for New York on the 19th. 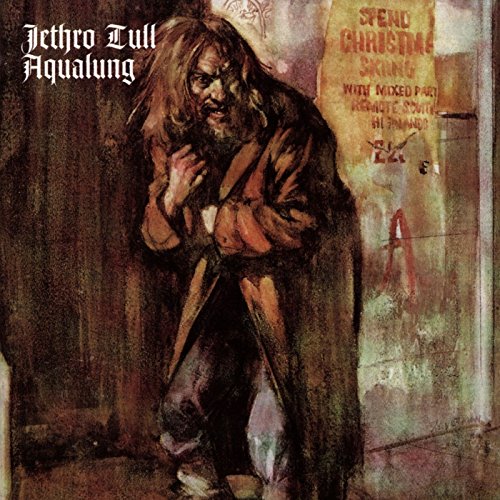 Music today has been Jethro Tull’s classic album Aqualung (1971), their fourth album, and it was this one that had them break through to a bigger audience. The band at this time was Ian Anderson on vocals, flute, and acoustic, Martin Barre on electric guitar, John Evan on keys, and new bassist Jeffrey Hammond-Hammond after Glenn Cornick moved on (allegedly fired for his partying live style). Hammond-Hammond was so named because his mother’s maiden name was the same as his father’s surname. Clive Bunker was on the drums, it would be Bunker’s last album for the band, replaced by Barriemore Barlow, leaving the band for the opposite reason to Clive Bunker, he got married.