Longhorns, Chevrolets, wild west towns, ranches, cacti, freeways, flyovers, pickups, car yards, SUVs, Teslas, guns, roadkill, IHOP, Denny’s, more cacti. Today was a day of both studio and show starting with Fred and Gerri Ann’s last day before loading up the Land Rover with Vox and Rickenbacker, Marshall and Fender, Mesa and Gibson for the drive home, Gerri Ann’s drive home that is, Fred’s flying, haha, Gerri Ann loves to drive. We were driving too, not to Minnesota but to Celina to play a house concert at Pam & Bill’s, Honey Creek House Concerts. We are leaving the city for the great Texan unknown north of Dallas that some call ‘up by the Canadian border’.

The week working on Fred’s project has come to an end until the next time we meet to complete the project. So for now the last day we are trying to tie up some loose ends, get the acoustic guitars recorded, some guide vocals, adding to the bass and drums, the percussion and the electric guitars that we have managed to get down. It will be sad not only to say goodbye to Fred and Gerri Ann but also to that lovely 1966 Rickenbacker, haha, see you next time. Fred and Gerri Ann we will see in Austin next Saturday.

We left at 4 PM in Sarah’s Prius, heading up the highway north to what was once the country and is now the Dallas suburbs of the future as the population expands and the average family is priced out of the city, even the present suburbs are becoming too expensive. We were heading for Celina, pronounced ‘se-lie-na’, after passing by all the IHOPs, the Guitar Centres (oops, sp), Dennys, DoubleTrees, McDonalds, Wendys, Abuelos and of course a place called Love and War in Texas, a steakhouse.

We were soon past Plano and off the freeway and into ranch land, one called Shenandoah ranch, another oddly called Très Jolie ranch and into longhorn land, you know the horns, you might have seen them on a Cadillac convertible in an American seventies TV show. Cattle might seem like an uninteresting subject to city folks but seeing a longhorn on a ranch in Texas breathes life into the travelling lad from the north of England hanging around in Texas. Driving through Weston, one of the oldest settlements in Texas, we are not on The Wirral anymore.

We arrived at Bill and Pam’s, a house surrounded by fields and more longhorns. We arrived at the same time as Salim and were greeted by our hosts, a brood of hens, and a beautiful rooster. Inside, a warm atmosphere with a kitchen next to the front room boasting the lovely aromas of home-cooked food, lovingly prepared. Bill was looking after the technical side and we sound-checked, one eye on the Brussels sprouts, the tofu and the brown rice with the tamari glaze.

Salim played and then us, the show was intimate, attentive, with people coming from El Paso, ten hours away and Austin, four hours away. Doug and Liz were in the front row and it was with them that we returned to Dallas after the show…in their 1964 Chevrolet Impala SS (Super Sport). Golden and white, no seat belts in the back, only lap belts in the front. Seats like armchairs, no wing mirror on the right-hand side, a gorgeous death trap, a privilege to die in such an exotic beauty, unfortunately, a lot of people did back in the glorious days of the sculptured beauties, heavy metal, no compulsory seat belts, gorgeous paint jobs, impossible blues, mirrored chrome. Driving in this vehicle on a Saturday night in Texas might be the place to be. 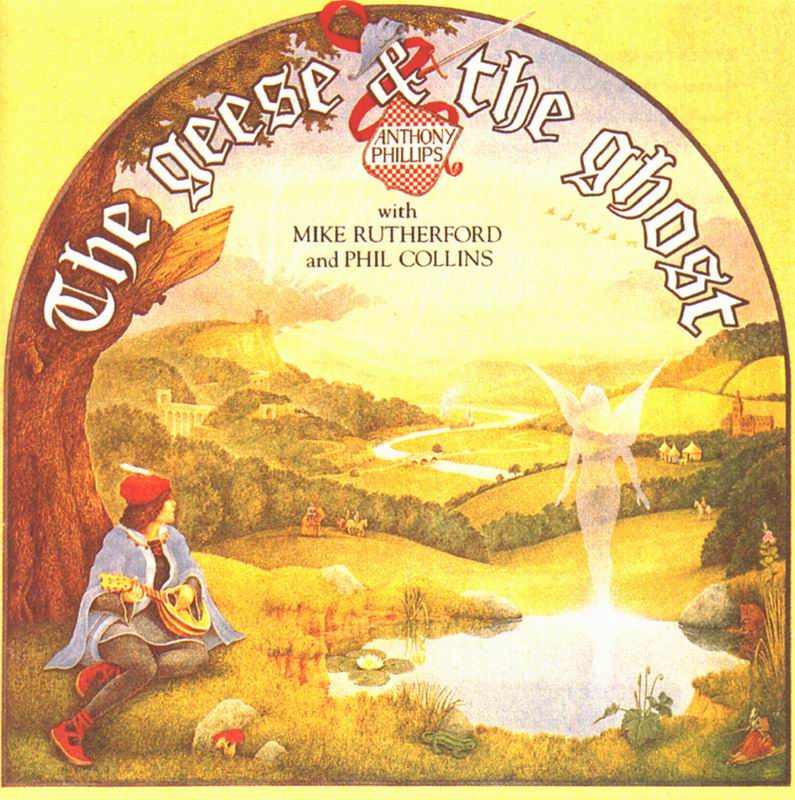 Music today has been Anthony Phillips’ The Geese & The Ghost (1977). Phillips was the original guitarist in Genesis, playing on their debut From Genesis to Revelation (1969) and their second album Trespass (1970) before being replaced by Steve Hackett on their third album Nursery Cryme (1971). Bill at the house thought he heard some similarities between Phillips’ guitar style and mine in relation to the 12-string acoustic, he was right.