A date with Fred’s 1966 Fender Jazzmaster today and some tricky songs to record until the Jazz had a spat and kept on throwing a string out of the nut so I was back with the Rickenbacker (poor me). David and John had an early night after finishing four backing tracks, Fred and Gerri Ann needed an earlier night. When the others had gone, Kevin and I worked on guitars and made some good progress, let’s see what Fred and the lads think about what I did when they come in tomorrow. It’s one thing having an idea, it’s another thing somebody liking it, that’s why you work with musically compatible people, like-minded musically. Having said that an open mind takes you to a lot of fascinating places, you just have to wanna go there, you don’t have to stay forever. A beautiful day today, vitamin D was pouring out of the sky and sunglasses needed to go from one building to another, not that I had much outside-the-studio experience today (I was 13 hours in there) but I wouldn’t change it for the world.

So we’re sitting in the studio discussing where to go next with a piece of music when a boisterous, tail-wagging yellow labrador explodes into the room, tongue hanging out, knocking over cups on the low table and running around the control room. We shooed the invader out and discovered that the dog had escaped from the house opposite where the owner was asleep. The dog had figured out how to get out of prison and ran across to the studio where all the cool people were hanging out. The dog had a tag so Olivia and Kevin took it back to the house where the door was open. They put the dog inside and closed the door. Salim arrived later and went over to check on the owner. He’d been asleep, not heard the dog, the knocking on the door or the phone ringing to tell him the dog had escaped, lucky there wasn’t a fire. 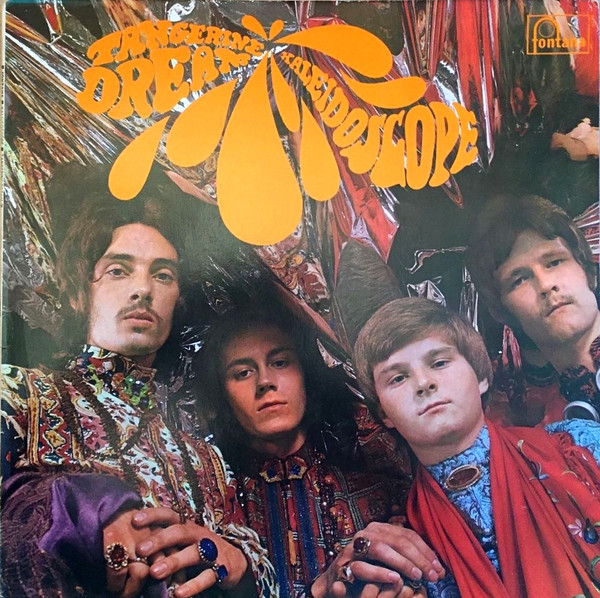 Music today has been a psychedelic classic that nobody bought, Kaleidoscope’s Tangerine Dream (1967). They were English and are not to be confused with the American Kaleidoscope (that included David Lindley who played on Starfish). This Kaleidoscope featured Peter Daltrey on vocals, Eddy Pumer on guitar, Steve Clark on bass and flute, and Dan Bridgman on drums. Although they made one more album, Faintly Blowing, in 1969, success eluded them. So, what did they do? They changed their name to Fairfield Parlour and released From Home To Home (1970). The psychedelic ship had sailed but the folky prog ship was docking. It was a nice try but then they were gone, their second album White Faced Lady should have come out in 1971 but it was twenty years before it finally saw the light of day. You never quite know why it doesn’t happen for a band but luckily we have the music even if they had little success.

I must mention Alan Rankine today as life has let him go, another musician leaves us. Rankine was a keyboardist and guitarist and the other half of The Associates from Scotland, singer Billy Mackenzie left a long time ago (1997) aged 39, Rankine was 64, the same age as me. I wish at least the musicians would stop dying…and everybody else.