You usually don’t spend the day in the studio and the night at a gig but if you put the studio next to the gig then there’s a greater chance. So Salim did just that, he put the gig and the studio next to each other and made it possible for me to spend the day recording and the evening playing live. New Year’s Eve is always a conundrum as a non-drinker, curmudgeon, misery guts, introvert, misanthrope but as most people with a brain have discovered you don’t necessarily qualify for the latter because you indulge (or don’t indulge) in the former. Sadly a couple of indulgers did find their way to misery by overdoing the poison but just as many used the sauce to increase their revelling. One thing I must say, it’s unusual to be doing an acoustic gig on New Year’s Eve. The party hats and the party horn, aka, “party blower, party pipe, party elephant, party blowout, noisemaker, party whistle, party honker, ta-doo-dah, noise popper, birthday kazoo, whizzer, blow tickler, tongue kazoo, or party snake” don’t really work with a D minor and a thoughtful lyric.

Still, not everyone wants a rowdy New Year’s Eve, not everyone likes champagne even if they drink. Some folks prefer a calmer night rather than a death disco (that’s what I call the places to avoid on NYE). So on the one hand, playing is the perfect solution, no responsibility to go nuts, but then you become somewhat responsible for other people’s fun. But then if they are there to see you instead of the scintillating, cavorting, sequinned dance monster down the street, they may not be looking for too much outward euphoria. It might be more of a considered mental necessity, incorporating the need to go out on NYE, so as not to convince themselves that they are party poopers whilst also not needing whooping, screaming and kissing a stranger who has just vomited.

In the studio, we had all thought that we had completed Salim’s curated list of songs the day before, but lying in bed I realised that there was one everyone had forgotten. I hadn’t even thought that we were going to the studio the day of the gig, but we did anyway and that was the day we ticked off the last forgotten song. It was a bit of a tricky one, a bit of a stretch to sing and Kevin the engineer was a little worried that attempting the high chorus in this song might make it difficult singing at the gig a few hours later. It was all good, although the chorus in the song might need looking at next time we are working on this project (after sessioneer Minnesota Fred). For now, we have to put it to bed till we are done with the next project but the gig was unaffected by the studio effort and it was good to get the last song down before we moved on, semi-closure.

The humans arrived for this intimate New Year’s Eve night, dressed in alien space suits, sparkly metals unknown on the planet Earth, possibly not something generally seen at a show with violin and acoustic guitars, although the 12 strings are also rather sparkly. They arrived in reds and silvers, blacks and blues, mauves and bright whites, men and women, some couples, some singles and they proceeded to sit down in the laid-out chairs and choose their own music on the turntable that sat on the stage. It was something of a strange atmosphere because it was something of a different night for this time of year. They started to drink, they may have started before they arrived. Salim came on in his fantastic suit and sorted them out both exciting them and calming them down. I made myself scarce and noodled on Paul’s Gibson acoustic in the studio control room/dressing room – I’ll get to see Salim throughout Texas in the coming weeks.

When it was time for Olivia and me, there were some happily intoxicated, some sober, and some in another state that aren’t necessarily here in the USA or even on Earth, that’s what the humans do on NYE, they revel whilst contemplating the past and the future, crossing over from successes and disappointments of the previous 12 months to the potential successes and disappointments of the coming year, it’s an emotional time and it’s all tied up in that one evening, those few intense hours, it’s not really fair on the fragile humans. 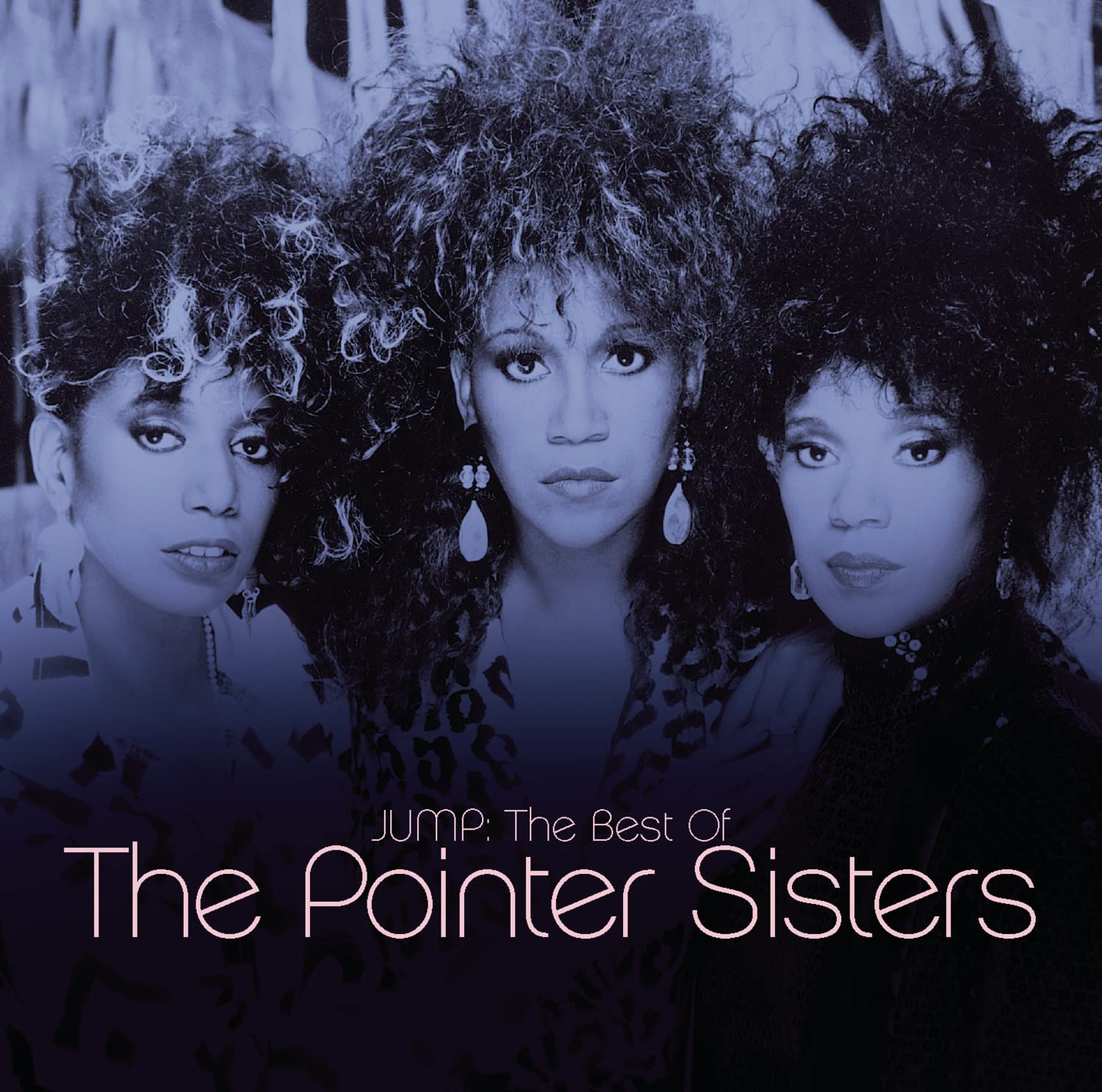 Music today has been The Pointer Sisters‘ Jump: The Best Of The Pointer Sisters (1989) as today we lost Anita Pointer before the new year dawned. They had many hits (27 in the Billboard Top 100) with their pop, soul, R&B, including the Bruce Springsteen-penned Fire (1978). Hits with He’s So Shy (1980, originally written as He’s So Shy for Leo Sayer), Slowhand (1981) and many more followed, my personal favourite, Automatic (1985), sung by Ruth, the only surviving member of the trio (that also included June who died in 2006). Sister Bonnie left the band in 1977 and died in 2020.