Sincerest thanks to everyone that reads the blog, supports the music (not just mine) and thinks when they have too many records for the space, it’s time to move the furniture out.

It’s been a good year for good and bad things and wherever I look I see both destruction and wonder together. It’s like the vote, 50/50, as if the world has been designed to be split equally, letting the possibility of both sides’ ideas getting a chance. It seems that even good has to let bad in so good knows that it’s good, haha. But then there’s the grey areas and one wonders what they are for (nothing is absolute). We carry on with the best-made plans and hope. I always ruminated over the saying, “The road to hell is paved with good intentions”. Still, mistakes are learned, failure is overcome and we try our best, I suppose we’ll be trying again next year.

We were watching the Vikings win again in the last seconds before Fred and I went on a wild winter goose chase today to Forest Lake and White Bear Lake record stores to find them both closed. I guess everyone is trying to get home on Christmas Eve unless you are from the places where that’s the ‘present opening day’ like it is for Olivia in Germany. It’s hard to change the tradition you’ve had since you were a kid, all that excitement every year till you became an adult and you still did it the same way, then you are in another country where they don’t do it that way and it’s really weird, I had the same situation when I lived in Sweden. We came back home, the roads were better, the weather was better than before but it was still -18°C/-0.4°F.

The weather had made it impossible to do that planned list of things, Hibbing, Dickens and Jed. So Fred and Gerri Ann kindly got us an Uber to Jed and Lisa’s house so we could visit the first sessioneer and my partner in the Space Summit project. For years I’ve been talking to the screen and seeing Jed, Lisa and beautiful black cat Eugene (Eugene has his own Instagram). Although Jed has moved since we first started talking, I’ve been seeing those stairs in the background and that one room in the house for a very long time. Being there was like being sucked through the screen and suddenly standing in the room, seeing where the stairs went and getting to see the house I was talking to From The Inside, from the outside, to see the street and get a feel for where the house was, it was nice to do this and I’m glad we actually got to go over there – it would have been weird not to have gone over, sessioneering started with Jed.

The plan was to get back to Fred and Gerri Ann’s in time to split Christmas into the German/Swedish tradition and the local tradition. It didn’t happen, we were 40 minutes away, and by the time we got back, Fred and Gerri Ann had hit the sack. So here we are, it’s Christmas, make sure you have a wonderful time because it will be a dark murky January in the northern hemisphere and blisteringly hot January in the southern hemisphere and it’s a while till spring/autumn. 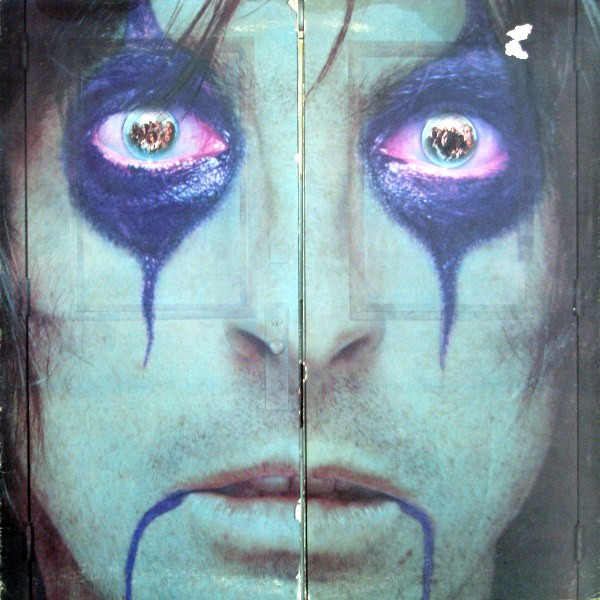 Music today has already been hinted at and it’s another Alice record, From The Inside (1978). It’s an odd one, lyrics by Bernie Taupin, a concept album dealing with Furnier’s alcoholism featuring Elton’s other cohorts Davey Johnstone on guitar and Dee Murray on bass. It’s a strange one but the last one I actually cared about enough to listen to the whole album. It was thoughtful but not so edgy and although it never could be as good as with the original band, it was interesting lyrically. Dick Wagner appears, Steve Lukather appears, Rick Nielsen appears, Lee Sklar appears on bass, Jim Keltner on percussion, it’s a session man album – and it sounds like it. Still, I like it, it’s brainy.