Staying in today to avoid dying. It’s -19°C/-2°F, wind chill makes it -36°C/-33°F. The roads are treacherous and the wind is up. I woke up late and made my way upstairs to watch the bird feeder, the woodpecker was back, as were the usual suspects (the turkeys). I find myself transfixed by the wildlife here. I could sit by the window and watch the small birds and the animals for hours, scraping for food on the ground, hovering above the sunflower seeds, or acrobatically clinging on whilst pecking at the plastic. The cold has to be life-threatening for these creatures, so please feed them.

I didn’t make it to Space Summit Jed’s today as we had planned, because of the conditions, and that meant that Fred and I did some more listening up in the studio. We are trying to make a shortlist of songs to be recorded in Dallas in the first week of January, we have ten so far, it’s never an issue to have too many. If you are making records you may need a selection of songs beyond your favourites, you never know what’s going to work, the ones you didn’t believe in can magically come alive as the dead certs wither before you.

Darkness fell and outside became invisible through the windows, I could only see reflections of the inside, warm and safe. I spoke to Arktik Lake Tony in Sydney, the contrast was stunning. In Sydney, in Collaroy, it was 27°C/81°F, Tony turned the computer towards the balcony, palm trees, and Narrabeen beach in the distance, summer in Australia. This is the whitest coldest Christmas I’ve experienced for many years, decades, the last time I was anywhere this cold at any time was in Sweden in the eighties and nineties. In the early two thousands living in New York, there were massive snowfalls, cars disappearing completely, drifts, deep snow on the pathways but it was never as cold as this.

I also spoke to sessioneer Craig in Atlanta today and yesterday sessioneer NJ Brian. It’s Christmas, everyone is closing down, trying to get home and this weather is causing massive problems for people trying to get to their families for Christmas. Flights are being cancelled, which makes the next choice a bad one, driving. So Happy Christmas to everyone that reads here and if you are in America, stay put.

Tangent – I was talking to Fred tonight about podcasts and I was wondering does anybody out there listen to them? Which ones? How long are they? How often is a particular podcast available? How much do they cost? What is the subject matter? Are there stories? Interviews? Narratives? Lemme know if you know. 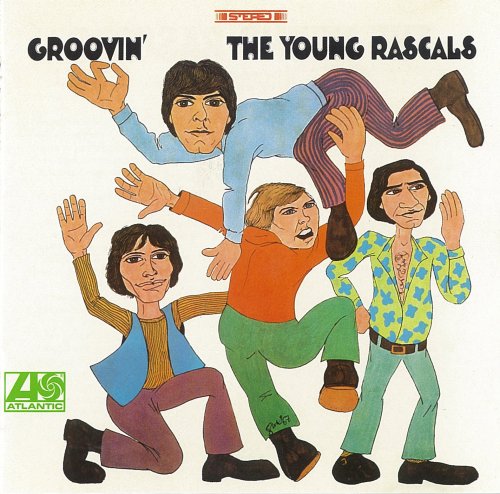 Music today has been The Young Rascals’ third album Groovin’ (1968). We lost drummer Dino Danelli on December 15th, he was 78 years old. The album’s title track was the classic No.1 single Groovin’. It was written and sung by co-lead vocalist and keyboard player Felix Cavaliere. Another well-known song, How Can I Be Sure (covered by Dusty Springfield and David Cassidy), was also on this album. This time sung by co-lead vocalist and percussionist, Eddie Brigati (written by Brigati and Cavaliere). The band’s guitarist and harmonica player was Gene Cornish but oddly (like The Doors), they did not have a bass player, I imagine this was covered by Cavaliere for live shows as it was by Ray Manzarek in The Doors. Bassist Chuck Rainey played on the recordings.