Another day in Minnesota, -11°C/13°F, the high of the week. So tennis is out, croquet is out, yoga in the park, picnic, gravedigging, lawnmowing, sunbathing, and open-air concerts. It was so cold that my layers didn’t work and today it is ten degrees warmer than it will be in the coming days. I haven’t experienced weather like this since I lived in Sweden in the eighties and nineties when I remember temperatures of -25°C/-13°F, in later years that seems to have changed, but not here in Minneapolis/St. Paul. The amazing thing is that the sky is blue and the sun is shining, dazzling, the snow sparkling under its beams. We are experiencing a beautiful winter and there’s no doubt we will be having a white Christmas.

Today Julie, who engineered for Prince at Paisley Park, was here working on fixing some things in Fred’s studio. A lovely lady, it was really interesting to talk to her about her experience of working with Prince. Whilst she was up there soldering, Fred pulled out some guitars from his collection for me to try just sitting on the couch. Acoustics and electrics, just getting a feel for them, although it will be mainly the electrics we will be taking to Dallas. Fred will take one Martin acoustic and we have to pick around four or five guitars from the collection, two Rickenbackers, two Gibsons, two Fenders, that’s already six and not including the Gretsch White Falcon. Apart from the Gretsch, all these guitars range from the glorious guitar eras, fifties to the sixties to the seventies, it’s hard to leave any behind.

We left Julie with her magnifying glass, her table, and her soldering iron and went to the store where we bought some missing bits and pieces and sat down for a coffee. Linda, the lady from the checkout, came and talked to us. Linda is in love with Liverpool and The Beatles so we talked to her for a while before heading out to meet Gerri Ann and Olivia in Stillwater, a town close by. The snow was coming down in giant flakes. Fred decided to take the scenic route to Stillwater and we drove down white roads, slicing white forests, illuminated houses, and random Christmas trees hung with coloured lights. We arrived in Stillwater and drove through a small town with vibrant shops, Christmas decorations, and cold humans in bobble hats rushing to get inside.

We took the same route home after dinner and I’m not sure what happened but by 10.30 PM I was in bed. Perhaps the cold just wears you out, not that I was out in it much, maybe those short bursts are enough to tell your body to get warm and overcompensate in case you have to be outside again. Your eyes see that cold through the window and get defensive, forming plans to protect you before the worst happens and you are stranded outside. 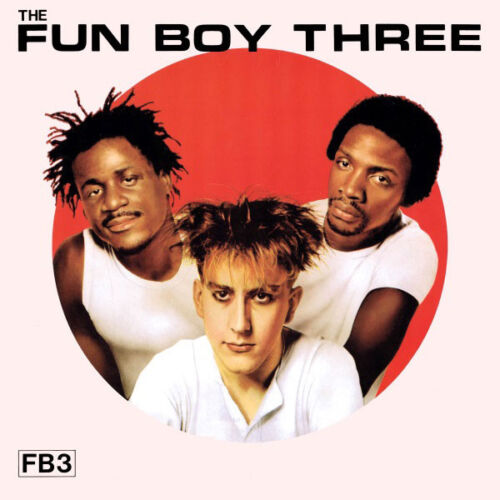 Music today has been Fun Boy Three’s debut (1982) after the loss of Terry Hall. A unique talent with a distinctive voice and an artistic bent. From The Specials’ classic Ghost Town to The Go-Go’s‘ Our Lips Are Sealed, co-written with Go-Go’s guitarist Jane Wiedlin. Then there was the collaboration with Bananarama and Dave Stewart in Vegas. There was The Colourfield and one of my favourites (amongst many), The Lunatics Have Taken Over The Asylum.