A cool -17°C, 2°F. This is Minneapolis/St. Paul in mid-December. A cosy indoors with a nice big screen to watch one of the great World Cup finals, sadly someone had to lose and if this wasn’t enough football, the Premier League sees Spurs play Brentford away on Boxing Day, I wonder will Lloris be in goal? One week after being on the losing team and with Christmas in between. Qatar flight to France, France to England, trés fatigué et déssapointé, I can’t see it.

With the World Cup over, the house concert, the trip to Paisley Park, Fred and I can start working on pre-production for a week in the studio in Dallas in the first week of January. Not to say that the trip to see the wonders of Minnesota are over, it is Christmas after all and there’s Charles Dickens, Claws, Hibbing, Space Summit Jed, the close proximity of Wisconsin and sessioneers in the week. Then there’s the distraction of the wildlife but even that cannot prise us away from Fred’s guitars and the real reason we are here. Fred and Gerri Ann kindly invited us for Christmas and we juggle the holidays and the call of music, ‘balance’, everything is about balance, just ask the turkeys on the bird feeder.

Outside our bedroom window when we wake up we see tracks and we try and guess what animal it was like trackers in seventies movies. There’s obviously different action at night, buck deer with bigger hooves and who knows what else. Strange two-legged snow creatures covered in fur, walking upright, mythical beasts alive walking between the trees at night, making unholy sounds whilst hunting for unsuspecting smaller creatures or stray humans lost in the snow, dragging them to their lairs and playing them Mariah Carey singing Without You till they die screaming. 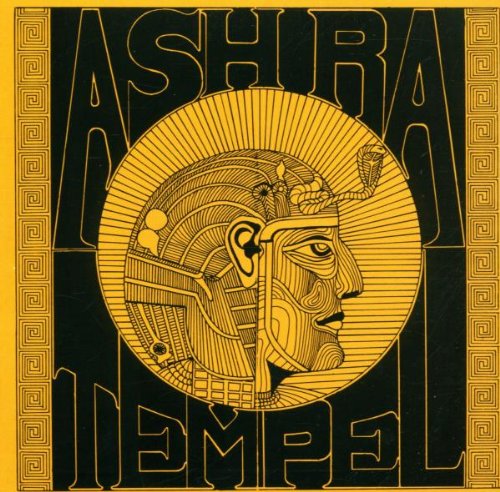 I was terribly sad to hear about the death of Manuel Göttsching who died on December 4th aged 70. Forming Ash Ra Tempel and Ashra, releasing albums under his own name, and making fascinating kosmic albums using guitar and synthesizer. I have so many records by him I’m not sure where to start. I wrote this for the In Deep Music Archive 8 years ago in 2014:

Ash Ra Tempel consisted of Manuel Göttsching (guitar), Hartmut Enke (bass) and Klaus Schulze (drums). Formed during an unprecedented creative period in German rock history, their contemporaries were Can, Agitation Free and Tangerine Dream and their philosophy was make something new, make something challenging, without resorting to copying American and English music whether it be catchy pop like The Monkees or heavier blues-influenced bands like Cream and Hendrix. These English-singing bands made a big impression on the youth of foreign-speaking countries in the sixties despite their lyrics being in English. Some bands of course did do foreign language versions – The Beatles had Sie Liebt Dich and Komm, Gib Mir Deine Hand for example, and many English-speaking sixties artists attempted German versions of their songs in order to break even deeper into one of the world’s largest markets. Of course, it wasn’t always necessary and Voodoo Chile might not have worked too well in translation but ironically the dilemma wasn’t that English-speaking groups couldn’t break through in Germany, it was that creative Germans couldn’t. Parodying Hendrix or Herman’s Hermits in German was hardly moving forward and singing in English wasn’t an option either as it wasn’t their language.

To solve this dilemma, the innovative bands made instrumental music; Neu!, Kraftwerk, and Popol Vuh for example, and although Kraftwerk did have some vocals and English versions, their biggest hit Autobahn was sung in German. CAN cleverly got around all this by first having an American and then Japanese singer singing in English – I wonder if CAN considered having a German singer? Or whether they wondered if Damo Suzuki might sing for them in Japanese?

Ash Ra Tempel released their first album in 1971 and it consisted of two tracks. On Side 1, Amboss (19.51) and Side 2, Traummaschine (25.31) (Amboss is German for Anvil, Traummaschine German for Dream Machine). This was a new kind of music in its day but interestingly Göttsching (credited with guitars and electronics) set Ash Ra Tempel apart from the synth innovators and blazed his own trail with his unique approach to guitar. Washes of dreamy chaos, building to high peaks and crazy effected guitars – drums and bass drop out and return for blistering crescendos. Some of the guitar madness may still be influenced by those American and English bands’ jam sessions but they weren’t generally releasing them as an album with only two songs as an artistic statement and the electronics added a whole new flavour. Also no vocals – it’s truly freaky music and must have sounded even freakier in 1971.

Klaus Schulze left the lineup after this album. He had been the drummer in Tangerine Dream and left them over conflicts in direction but when he left Ash Ra Tempel and embarked on his solo journey, he switched to organs and electronics and followed a similar path to Tangerine Dream anyway – he has released over 60 albums.

Ash Ra Tempel became Ashra and Manuel Göttsching made records under his own name and had many different collaborators – including the most famous psychedelic guru of them all – Timothy Leary. On a final note, the album had beautiful artwork that opened in the middle of the front cover like shutters. It’s hard to find an original copy of this record without damage to the sleeve.