Saturday, up early-ish for the third-place World Cup game between Morocco and Croatia and the American football game between Minnesota Vikings and Indiana Colts straight after. The American football game was the greatest comeback in NFL history, with Minnesota winning from 36 down in the last three seconds. Is it a coincidence that they play in purple? In the World Cup third place, Croatia beat Morocco 2-1, one game left, the World Cup final, tomorrow morning, France versus Argentina, good luck. It’s a sporty weekend with little drops of music falling from the sky, unique snowflakes, like songs, like tunes, like individual ideas waiting to be plucked.

Today was a trip to Guitar Center and potential present shopping day so we headed out late afternoon into the cold to join the crowds. When we got there it wasn’t particularly crowded, things have changed since Covid. The trees had held onto their snow despite warnings of rain and when we opened the garage door it really was a winter wonderland. The turkeys were busy flying up and climbing on the bird feeders in impossible balancing acts, sometimes pecking at the seed other times sitting astride the little birdhouses. We drove for about 20 minutes and arrived at Guitar Center.

I wanted two things, an EBow and a guitar strap, in fact, I wanted lots of things, there was a nice Taylor 150E 12-string acoustic that sounded really good, better than all the 12 strings I tried there, better than the Takamine, better than the Guild and better than the ’72 Martin. I’m not usually so into Taylor guitars but I liked this one a lot, a loud dreadnought, rich, and with plenty of bottom end, something which seems lacking in a lot of Taylors. My Seagull is also a guitar that lacks bottom end but it’s my sparkly capo guitar, that’s its job and it does it really well. I need a guitar like the Taylor for the more strummy songs, songs that need more body. I left the Taylor behind along with all the other desirables.

We left there and walked around the mall close by but I can never find prezzies in a mall, I need old-fashioned shops in a street, less mainstream companies. Original artefacts, unusual trinkets, unique items. The other day after we visited Paisley Park we ate at the Mall Of America, the largest mall in the world, it used to be a football stadium, the corner shop a mere distant memory. I was craving a rusty toy or a shop with dust to no avail.

Christmas is coming and we are about to get busy with the Christmas energy but we also have to work. I am hoping to do some seshes next week but we have to get on with Fred’s material for recording in Dallas in the new year. Christmas, the World Cup, beautiful deer, and sparkling snow are quite the distraction, add in Prince, although having been to Paisley Park, the work ethic of Prince is an inspiration in itself. 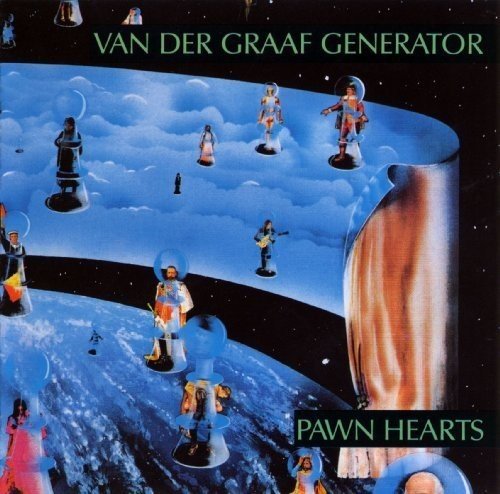 Music today has been Van der Graaf Generator’s Pawn Hearts (1971). Olivia and I met sax player David Jackson when he was playing with David Cross at Night Of The Prog (the festival Olivia hosts). He was nice, always good to find an innovator who is nice. I asked him about the Pawn Hearts album title. He told me it was a slip of the tongue in the studio. Someone was trying to say horn parts and the title was born. Cosy, weird comfort music for me.