Last day in Chicago and a day off, although when you are a tourist there’s never a day off. I’ve mentioned before how much there is to do here and today we managed the tip of the prehistoric iceberg and went to visit Sue the T. Rex at Chicago’s Field Museum. The most complete T. Rex skeleton in the world, they have to keep the skull in a glass case nearby because it is so heavy and damaged on one side, the rest of the skeleton has a cast as a head. There are a lot of original dinosaurs in this museum and I was singing Dinosaur Girl to Olivia throughout the day (a song that doesn’t exist). At the museum, we met sessioneer Rod and his wife who is also called Sue, haha, but thankfully she had her real head.

We didn’t have that much time because for some reason the museums close at 5 PM. Who thinks of these things? Why close early on a Sunday when most people have an opportunity to visit and pay the probably much-needed $25 entrance fee. Of course, I live in a world where we go to bed late and we get up late, so I presume that they think that there’s been plenty of time for people to get there as they get up early, but wouldn’t those people like a lie in on a Sunday? We gave the dinosaurs as much attention as possible, took pics, and listened to a knowledgeable volunteer share his knowledge with us. How come the passionate, knowledgable guy has to be a volunteer and the members of staff who guard but know little about the exhibits get paid?

We didn’t have time for the aquarium even though our trip to Chicago has gone swimmingly. We wanted to get to the Art Institute and leaving Sue behind (the T. Rex, not Rod’s wife), we took an Uber. Olivia and I had taken a train and a bus to the Field Museum and enjoyed the reality of public transport in Chicago mostly because we only had to do it as tourists. I imagine that January in the windy city on the morning commute would be tough. I remember catching the bus to work in London and having to get off and walk past the traffic jam otherwise I’d be late.

We arrived at the Art Institute and ran up the steps heading for the famous Seurat, “Un Dimanche après-midi à l’Île de la Grande Jatte” and there it was, living up to its legend. An hour in a place as amazing as this is a crime against art but we did manage to see Grant Wood’s famous American Gothic, Edward Hopper’s, Nighthawks, as well as Picasso, Dalí, Tanguy, Monet, van Gogh, Miró, Kandinsky, Ernst, Man Ray, Duchamp, Toulouse-Lautrec, and Leonora Carrington. We also saw the Ivan Albright portrait of the corrupted Dorian Gray that was commissioned and used in the 1945 film. This is a place to spend a week, not an hour and between every painting painted by a famous artist known by the public, there was an amazing painting painted by someone I’d never heard of. It made me realise that an American tour should have at least three days off in every city, financed by a main show, early and late with two different sets and a house concert. Hmm, it’ll never work.

We walked with Rod and Sue to Union Station and saw them off. We sat in the grand hall for a while admiring the building itself and wondering about the Amish people who were waiting there and wondering how they reconciled catching a train, I realised that I’m completely ignorant of what their life philosophy actually is beyond a vague idea about not using modern technology. I read that the Mennonites evolving from the same original Swiss German routes and shun technology less could have been them. We left for ramen and ate in an empty Sunday night restaurant, it was one of the best ramen I’ve ever had. We walked to the Blue Line, changed onto the Brown Line, and ran into three young English girls and their Argentinian mate in the Seven-Eleven. A fun chat that carried onto the train before home beckoned and a sesh with Jed in Minneapolis which was quite odd in some way as I’ll be there tomorrow. 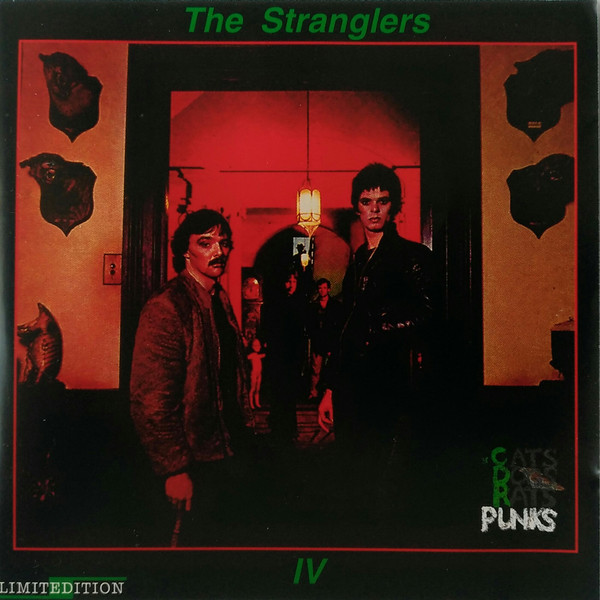 Music today has to be The Stranglers‘ Rattus Norvegicus (1977) as we just lost drummer Jet Black this week at the age of 84. This album was huge in the late seventies reaching No. 4 on the UK chart. The single Peaches reached No. 8 and was as famous for the bass line and bass sound as well as the lecherous delivery of the lyrics, and then there’s the spoken part: “Looks like I’m gonna be stuck here the whole summer, well what a bummer, I can think of a lot worse places to be, like down in the streets, or down in the sewer, or even on the end of a skewer.”