Gurgling radiators from a bygone era hissing and spitting, rumbling trains on the nearby raised Chicago transit system, and a note on the Airbnb rules about how peaceful it is here and to keep the noise down, haha. I had to open the window into the freezing day to get the stifling heat from the ancient leaking radiator out of the bedroom. The sink is backing up in the bathroom, only one bath towel between us and the water filter on the fridge is sending out an alert to be changed. Strangely, I don’t mind, it’s all good, I’m just happy to be here and I hope my namesake Marty who booked it doesn’t think I’m moaning or unhappy, I’m not, it’s just funny, it’s my job to notice the Airbnb’s shortcomings, haha. Thank you Marty 2 for making this trip to Chicago happen, the accom is out of your control, we are completely satisfied, especially after venturing out today into this wonderful city.

We went around the corner and talked to Carmen who runs a shop called A Secret Closet and Olivia nearly bought a dress but we ended up just having a nice conversation. From there in Lincoln Ave we walked to North Clark Street breathing in the icy air of a winter’s day in Chicago. I took the opportunity to call and speak with sessioneers Craig, Jed, and Brian plus ace mate Patti in Joshua Tree. I tried sessioneer Jeff in Ohio and Robert from Heyday Records in Cali to no avail, and I thought, wow, four out of six answering the phone in America, that’s really something. I have this mad idea that actually speaking to someone is best. As I spoke we walked past a graveyard that had freezing rabbits huddled by the gravestones, what is it with rabbits and graveyards?

We arrived in North Clark Drive at my destination Dearborn Denim where the two extremely helpful guys Gage and Theo Mac helped me pick out some jeans (and a belt) and this interesting company cuts and hems them on the spot to the length you want. Highly recommended for anyone looking for new jeans but doesn’t want to go corporate, made in Chicago. From there we checked out a few shops but were too late for Alamo’s shoe store, so we moved on and stumbled across Rattleback Records. It must be one of the most organised record stores I’ve ever been in. The records are mixed, old and new in the racks but they are in order in the letter as well as having many bands with their own sections, including the ex-band. They had two copies of GAF on vinyl and one on cassette, they had Noctorum – Sparks Lane and Nightjar so I did some serious autographing. Andy who was working there gave me his record, A.M. Slingers, and I picked up Wanda Jackson’s Love Me Forever (1963). I spoke to Paul the owner on the phone, great people, great shop.

We left for food and found a strange conceptual healthy over-lit restaurant and looked back on the day. Now sitting here, the radiator isn’t gurgling, the train has almost stopped as the night grows, the sink isn’t being used, we have bottled water and they delivered us another towel, we were happy before, now we’re over the moon, which by the way looks full. 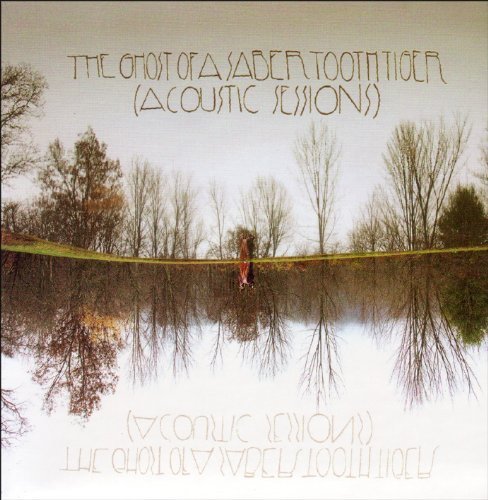 Music today has been Sean Ono Lennon and Charlotte Kemp Muhl’s The Ghost Of A Saber Tooth Tiger, Acoustic Sessions (2010). I saw it in the shop today but wanted to listen first and I really like it. I asked Andy to save it for me.