“New York, New York, it’s a wonderful town,” sang Frankie but he also sang “My Kind Of Town”, so we thought we’d go to Chicago. A later flight around 5 PM, always best to fly later for us, those scary early mornings don’t work and when you’re flying west you’re gaining time anyway. We were Ubered into a small traffic jam on the bridge on the way to Newark but we made it in time to get into what I presumed was the new terminal where it seemed easy to get lost. Zakiir helped us out with our bags and told me his latest favourite music were rappers Broadwave, I couldn’t find them anywhere, the underground is deep in all genres. But back to Frank, My Kind Of Town, written by Jimmy Van Heusen and Sammy Cahn in 1964, isn’t the only Chicago song, there’s also, wait for it, Chicago, written by Fred Fischer in 1922, we’ll have to go and see what the fuss is about.

The new terminal at Newark is actually opening tomorrow but this terminal seemed rather futuristic too with computer stations everywhere. I suppose we mustn’t have been to this terminal before despite many flights from and to here, so I initially mistook it for the new one because the last terminal we were at here was like the fifties with few facilities. We got talking to a girl with a Smashing Pumpkins T-shirt and another bloke who overheard me asking the SP girl where would I buy jeans in Chicago, she said online for her but he piped in with Dearborn Denim, so that’s where I’ll be going when I get up tomorrow. I’ve been to Chicago many times but never stayed here for longer than a day. I don’t really know the shops or the areas, I know Reckless Records but I’ve been told a few times about “the bean”. I was more hoping for the Diego Rivera mural but here’s the scoop.

“Although he was commissioned to paint a mural in Chicago in 1933 for the General Motors Building at the Century of Progress Exposition, a controversy over another mural resulted in negative publicity for the artist, and his commission was dismissed”. The beautiful mural at Rockefeller Center was chiselled off the wall in 1934 because “it conflicted with the Rockefeller’s political vision”. Art and artists scare the establishment.

One memory of a solo show in Chicago was the day the heavens opened and the snow came down covering the city, the cars were buried, we could hardly get to the gig from the nearby hotel. It wasn’t just us, seventy people who bought tickets didn’t show up, they just couldn’t get there. Another time at the same venue I was tuning my guitar and the recently replaced machine head on the octave G broke in my hand. I’d replaced it because the old one was bent and I’d managed to find a replacement of inferior quality. This is a problem on a 12-string because that octave string stands out and rings, it’s important for the overall sound of the guitar, especially with the arpeggios. This is the reason I can never figure out why Rickenbackers are strung thick string first, when you hit the octave string first the sound is quite different, better, whatever anyone says. The solution to my problem at Schuba’s was a simple one, take the string off or replace the machine head with the old bent machine head that I’d had in my pocket for weeks, haha. 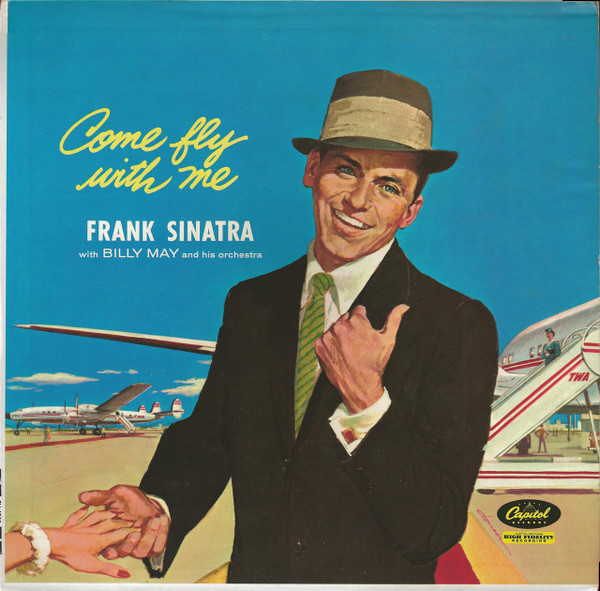 Music today was from the year of my birth and has been Frank Sinatra’s Come Fly With Me (1958), so we did.