Olivia’s birthday, it’s going to be a big day of New York treats. We left Jersey City around 11.45 and were in Manhattan before 12.30, it’s so close, it’s easy on the PATH train and these days it’s like Brooklyn, people who work in Manhattan are living here because it’s cheaper, not to say it’s cheap, it’s still a satellite of New York (Satellite Of Love). We were going to see something today that would have my parents cartwheeling around midtown – The Radio City Music Hall Christmas Spectacular featuring the fabulous and legendary Rockettes formed in St. Louis in 1925. They have been performing here since 1932. Olivia has wanted to see this show for a long time (she met a Rockette when she was 17). The show did not disappoint, it really was spectacular, unbelievable coordinated dancing, an orchestra, singers, spectacular lights, 3-D glasses, costume changes, amazing scenery changes, and those hydraulics that brought the orchestra up and down from the pit. It’s something that I would never do and I highly recommend it, where else would you see camels on stage?

Christmas is upon us so all the posh stores have exotic window displays and light shows, we saw Saks Fifth Avenue and Bergdorf Goodman but there’s also Macy’s and Bloomingdale’s. We made sure we saw the tree and the ice skaters at Rockefeller Center but whilst walking in midtown we came across Rough Trade Records which last time I looked was in Brooklyn. I know George from the Brooklyn shop and so it was a nice surprise to see him there in the new location. Andy who works there helped me order my missing Mars Volta vinyl (Frances the Mute and De-Loused in the Comatorium). Even the reissues have been hard to find, the original vinyl records are for the rich.

Olivia wanted to walk through Central Park, it was getting dark but we walked uptown to fulfil her birthday wish. An ice cream van near the gate tempted me to buy one of those soft-serve double cones, it cost a shocking $10. We went into the park, me slurping away at the ice cream. We headed in not quite knowing where we were going to come out. We were offered a ride in one of the rickshaws for $90. I overheard one woman asking for a price earlier, even more shocking than the ice cream, $9 a minute.

We came out at 66th Street after a quiet stroll along the moody lamplit pathways. A few other people walking through after work, two girls on a bench, a couple and a woman walking her dog. Central Park’s early evening seems safe despite the dark. We realised we were close to the Dakota building (72nd Street) and Strawberry Fields, so we walked up there and remembered John Lennon, we talked to the doorman where he was murdered, it was really terrible to be there, worse because it was three days away from the 42nd anniversary of his death. We walked to the subway, pensive, and took the F-train downtown. We were meeting friends for Olivia’s birthday dinner.

On the train three Jewish ladies in fur coats, all in a row, reading prayer books, one of them kissing the book as she placed it back in her bag before they all got off not saying a word to each other. We were meeting at a sushi restaurant on 23rd Street, Don Piper (namesake) was first to arrive, producer, musician artist, who often plays with us when we are in the US, Hannah who plays bass with us, Vivien Goldman, friend, writer, teacher, punk and reggae expert, Jamaican and NYC resident who was my landlady when I lived at Ladbroke Grove in London. Melani and Ed, friends who I’ve known for hundreds of years, Melani worked at Arista, Ed and I play together, record together, hang together, buy records together. Nurtaç and Ahad, I made a record with sessioneer Ahad, Afridi/Willson-Piper, watch out for an announcement coming soon about the release. Nurtaç is the CEO of Godiva chocolates, Olivia’s present choice sealed. Last but not least Jeanne, old friend, we are staying with her in Jersey City, spent the whole day with us and our adventures. Great friends, great day.

The three of us went to the groovy Trailer Park for a drink after the restaurant with Hannah. Perfect day, home, sleep. Happy Birthday, Olivia. 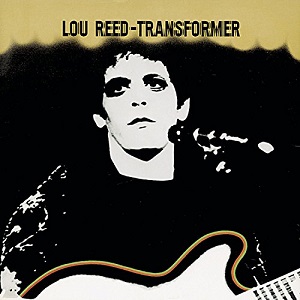 Music today has been Lou Reed’s Transformer (1972). Produced by David Bowie and Mick Ronson, featuring Walk On The Wild Side, Perfect Day, Vicious, Satellite Of Love, and Andy’s Chest featuring Herbie Flowers on bass and John Halsey (ex Patto and The Rutles) on drums. We are in New York.