Somehow December arrived and if you think Christmas is upon us then soon it will be the new year, then Easter, spring, birthday, summer, autumn, Halloween, bonfire night, and Chrissie again, haha, and how much faster it goes when you are older. I remember summer in the seventies, school holidays, six weeks, it seemed like a lifetime but now it’s an inexorable descent into the future. If you’re busy it’s even worse, the only way to stop time is to be bored, staring at the fingers of a grandfather clock, watching every second go by and then the slow-motion clunk of the fingers. My problem, I’m never bored and although I am a grandfather, I don’t have the clock.

Craig picked me up today as I floated around reception at the hotel looking out at a city I’ve been to many times but don’t really know beyond little islands and regular visits to places like Little Five Points. There you have the Variety Arts Theatre which I’ve played I think more than once, Criminal Records which I’ve been to many times and even did an in-store there once. We drove past Center Stage where the ex-band played once, is that where we did the Reptile video? Or was that the Guthrie Theatre? Is that in Atlanta or Minneapolis? See what I mean? This is what touring does, you become very familiar with a city you don’t really know.

In the studio today Kegan didn’t arrive till later as he was queuing for the early voting in the senate election (Warnock vs Walker). Craig and I headed to the studio via the coffee shop and met Shannon who commented on us singing a song from Craig’s Sundays T-shirt whilst waiting for our order. The conversation inevitably turned to the ex-band and we took photos and had a nice chat before driving to the studio. There we started with jamming some parts to one of Craig’s songs and I played his Martin acoustic 12-string in a flowing arpeggio’d counter rhythm. Next, I played his light blue Rick 12 as an overdub, playing the same part and more before finding my way to some sweet sounds on his Gretsch, playing lead with my thumb for that slightly different warm sound. Great to be in the studio with Craig, contributing guitar to his songs.

Stephen from Schoolkids Records was driving down to visit us today from North Carolina. We haven’t seen him since our wedding party. A year gone by on either side of the black hole that was the two years of the pandemic shutdown which has added up to four years just flying by. We went to dinner with Craig, Holly and Olivia and Stephen told us about the sorry state of the music biz, haha. It’s tough to raise the money to record records, sell records, promote records. In the good old days, parents always advised their kids to get a proper job, “it’s hard to get a break in the music industry”, imagine what they tell their kids these days, “forget it, even if you have 400 million streams, you’ll have little money and no audience that will come to see you”.

It was warmer today, especially considering it’s the first of December but it’s our last day in Georgia tomorrow before heading north to New York for three days. There we will be “Taking coats from secret cupboards, gloves and scarves, and large umbrellas” as we experience a true North American winter in the colder states. I’m just hoping that we don’t have too much disruption with our flights. Onward and upward. 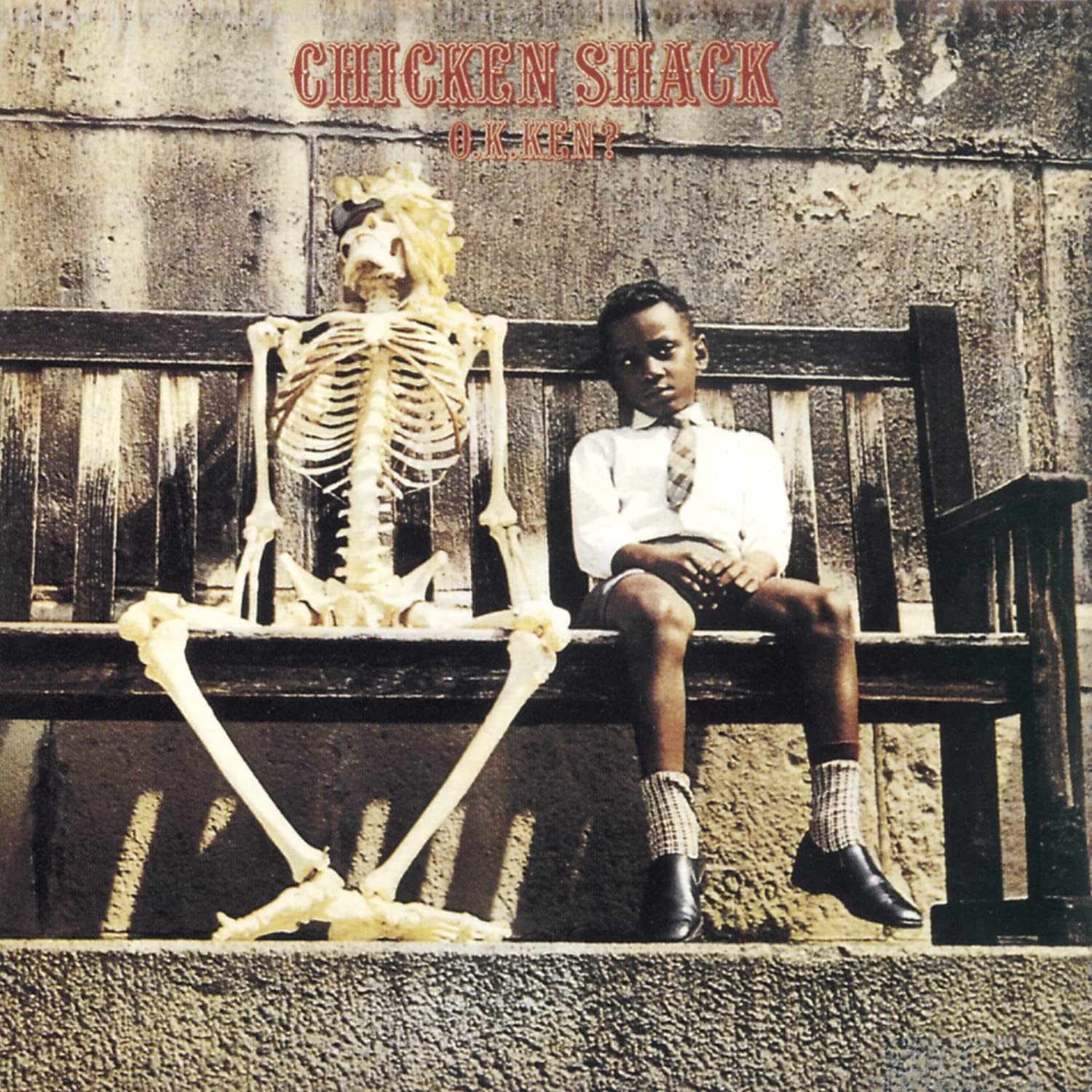 Music today is continuing with the Christine Perfect/McVie connection and the second album from Chicken Shack, O.K. Ken? (1969). I’ve had this album since the early seventies, perhaps initially attracted by the cover art but always happy to have a British blues boom album in the collection. As well as the music I remember it for the dialogue between the songs. The band was led by Stan Webb, who still plays around. As well as Christine Perfect on keys and vocals the band featured Dave Bidwell on drums and Andy Silvester on bass.