I didn’t want to get up this morning, or my body didn’t, I was fine with it. Adding to the feel of under the blanket cosiness was a massive thunderstorm, heavy rain, and a cold day – the perfect situation for staying in bed all day. The sweet call of the studio changed my mind and I was up and in the car with Brian and Olivia on the way to a fume-free coffee shop. We were starting with a guide guitar acoustic track today for Jason drums and David bass to play to when they came in later. But for the rest of the afternoon, it was time to get the electric guitars out and make some sparkling noise.

Brian brought two small amps but Salim’s studio has in-house amps and it didn’t take us long to find out that the in-house amps were going to give us a better sound. We were using an old Gibson amp and a Fender Princeton in stereo through the Ibanez UE 405 effects racks (something I encourage all sessioneers to own if they can). We got a great sound on Brian’s Strat and cut the first part of the song. I then decided to have Brian use the studio Rickenbacker 12 on the same part, treble pickup sparkle. The next guitar part for the song was heavier, so we unleashed Brian’s Les Paul, took away the Gibson amp and replaced it with an old grungy Fender Deluxe that looked like it had been left out in the rain, whilst sounding like it was plugged into the sun. All this manipulating the tones, the changing around of the amps takes time but that’s what you have to do as you search for your sound.

Jason and David came in as we were finishing and they got to hear the guitars with the drums and bass they had played in the previous days, progress. We had a tricky song to record into the evening, I’ll say it again, we have such great musicians and engineer (Kevin), we wouldn’t be able to do it without them. Whilst they were setting up, Olivia and Brian and I went to get takeaway Thai, forgetting it was Friday night, we ordered and waited for ages in a very busy restaurant that we regularly frequent. We finally got our food and dropped Olivia off at home and went back to the studio to eat and continue. In between the studio and the adjacent house, a possum scurried into the shadows, it was the second animal I’d seen today, the first was in the coffee shop parking lot emptying an ashtray out of the car door onto the ground. 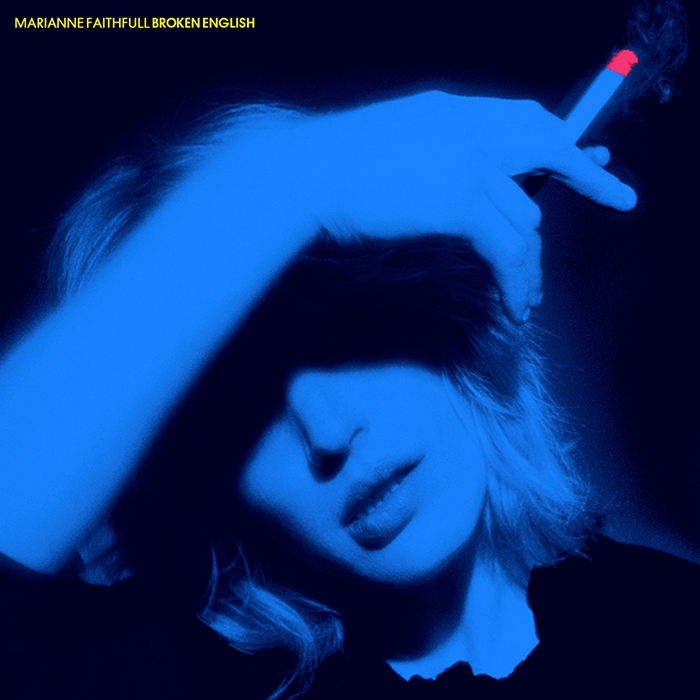 Music today has been a rather popular critically acclaimed album that has been mostly forgotten, or maybe it hasn’t. Marianne Faithfull released Broken English in 1979, a comeback classic with the memorable title track opening the album, the excellent The Ballad Of Lucy Jordan, John Lennon’s Working Class Hero, and the controversial Why D’ya Do It with lyrics by Heathcote Williams.