I was rushing around like a crazy person today trying to get ready in time to be picked up at 10.30 AM. I didn’t wake up till 10 to 10 so I only had 40 minutes but I made it, more or less. Olivia was staying behind today to go and have lunch with our host Carron and Brian and I drove off towards the coffee shop. We were going to the posh mall, parking in between convertible Bentleys and middle-aged women dressed like tennis stars. Another woman’s dress looked like it has been made by a queen’s seamstress, with its patterns of gold and cobalt blue. As we drove in and parked we became aware of lots of police and fire engines, suddenly realising it was something to do with the coffee shop. I asked one of the policemen what happened, “Was there a fire?” – “No,” he said, “fumes”. This immediately made me think it would be a good name for a punk band (Olivia discovered it’s the name of an Australian blooz duo). We left to find another coffee shop to the sound of sirens.

In the studio today we had Richard coming in for a piano and keyboard day. There’s a nice sounding upright in the studio and we jumped between it and the keyboards till 6 PM when David bass and Jason drums arrived. It’s so great having a piano player who can really play. At this point, we took the opportunity to go and get Indian takeout while engineer Kevin and the lads set up for the evening. I managed to spill my lentil soup all over my bag but I ate most of it. I felt quite full after dinner and it was only constant trips into the cold live room from the warmer control room that kept me alert. Jason and David continued their great musicianship into the night.

My legs are dotted with mosquito bites and they are still itchy but today between the cream and the Moscow repellent, I managed to not scratch my skin off. There seemed to be fewer mosquitos about, perhaps a large temperature drop in downtown Dallas was the reason why. Apparently, the area we are staying in is so posh that the owner of the Dallas Cowboys lives here and on that subject England have announced their squad, you feel sorry for Toney, Bellingham, Ward-Prowse, and Abraham and obviously for Reece-James but happy for those that made it.

The midterms haven’t been very visible here despite being in Texas but then again I’m in the studio all day. Ukraine also seems so far away from here. Someone in California just won two billion dollars on the lottery, can you imagine? I met Sarah who we stayed with last time we were here and who is a big supporter of all things music. She still has some of my records at her house, I have to figure out how to get them back to Europe but not until the end of January, and by then Porto will be on its way to spring. 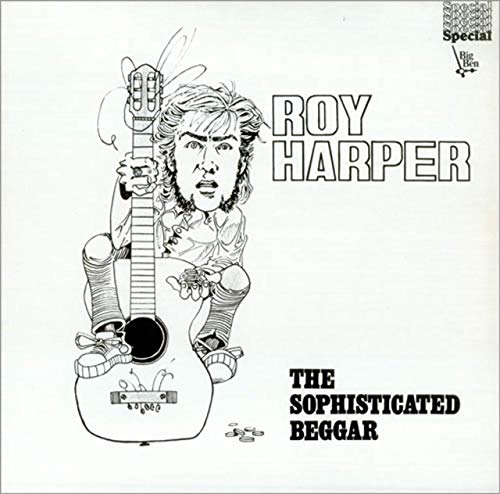 Music today has been Roy Harper’s acoustic debut, Sophisticated Beggar (1966). I haven’t heard this early Harper album for so long, it seemed perfect tonight after the studio.