Woke up in Dallas, Texas, with the sun pouring through the windows, my body had no idea what the actual time was because all the time zones and clock changes have had me lose track. But I do know that Duolingo relegated me to the Obsidian League in the middle of the afternoon with no notice, it seems even the robots lose track of time. I finished off the blog from the day before, catching up and by chance saw that Liverpool were playing Spurs in twenty minutes, so I watched it, Liverpool won, the first time they have won away this season. Good start to the day. Next, a sesh with Brian in Indiana and then get hold of Salim so we could plan a meeting at the studio but suddenly our phone doesn’t work, who knows why? Is this another case of planned obsolescence? Life span 3 days?

I finally got hold of Salim through the computer like I do when I’m in Porto but now I’m in the same city, seems ridiculous but we agreed he would come and get us at five-ish and NJ Brian would meet us at the studio to load in. So before that, I did a sesh with Space Summit Jed in Minneapolis. New songs with both sessioneers and easy to speak as we are in the same country. Speaking to Arktik Lake Tony in Sydney is proving to be more of an issue with a seventeen-hour time difference. Salim arrived, great to see him, it’s been four years! We drove to the studio. He has had an extension built so there’s now a drum room and a vocal booth. It’s so nicely designed, can’t wait to get going in there.

NJ Brian arrived with his gear and we loaded it in. I also got to try out the Seagull 12-string that I bought on eBay and had delivered here. It’s loud but has no pick-up (strange, there are so many pick-ups in Texas). I’ll have to get one added. I also tried the 335F that Salim had built by Piers Crocker in Australia to my specs. It’s based on the 1959 Rickenbacker 335F. It plays great and I can’t wait to hear it through an amp. Salim went and picked up his partner Gaines and we all went to dinner at an Indian restaurant. It’s warm again, it’s Texas.

After a nice dinner and nice chatter, Olivia, NJ Brian, and I went to Denny’s, the classic American 24-hour diner. I love going there, there’s just nothing like it in Europe. Brenda was our waitress and she had the classic Texan accent, a lovely lady, we stayed there just for the sake of it, a decaf and some hot chocolate and a dose of Americana. 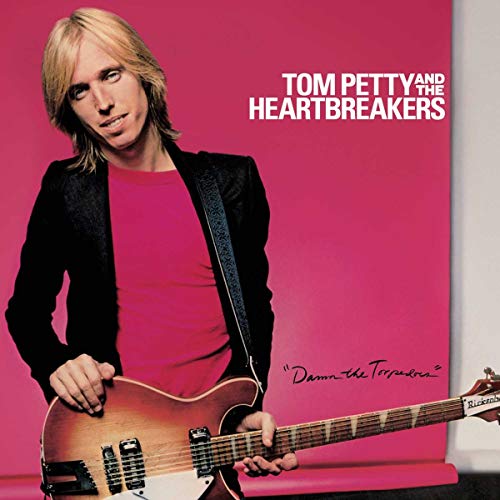 Music today has been Tom Petty and the Heartbreakers‘ Damn The Torpedos (1979). A classic, Here Comes My Girl is my ringtone when Olivia calls me.