One minute you’re waking up in Texas, the next minute you’re waking up in Georgia. Walking out of your front door onto an unknown street is always exciting and on this trip, we are in a place for longer than a day, it’s not like a tour where you leave before you’ve arrived. Sesssioneer Craig picked me up and we drove to his studio space (under a music and record store) to pick up some microphones. This is where he creates the music and because of the location he was able to ask the music shop owner if he could borrow some guitars for the three days I am here. What a result! A fifties Les Paul, a sixties Strat, a seventies Jazzmaster, and a reissue of the classic white SG-shaped three-pickup Les Paul that you might have seen being played by Glen Buxton from Alice Cooper.

The studio is behind a railway yard in an old building that was once a grocery store but looks like it must have been some kind of railway storehouse before that and actually incorporates a railway transport pod as the control room which sits above the live room which has a high ceiling. In the control room a Grammy Award for the studio owner Ben Allen who mixed and engineered the Gnarls Barclay album, St. Elsewhere (2006). Gold and platinum records on the wall for Lil’ Kim, Kaiser Chiefs, and trillion-selling records I’ve never heard of. I now live in a world where contemporary success is almost completely off my radar.

At the studio, another Ben engineering and Keegan assisting. Ben is Swiss and would later be speaking German with Olivia. In the live room, they had a whole lot of amps set up, plus Craig’s guitars and the posh guitars. Effects pedals galore and I set about plugging into all of them to see what they sounded like, trying different combinations of guitar and amp. The best amp was a 1966 Fender Vibralux which was streets ahead of any other amp in there. New amps make the sound louder, old amps give you a sound coloured by the quality of the amp. It’s the same with the guitars, it’s the character you are after, not just amplified sound.

After we had a setup using a selection of pedals and a stereo sound with the Vibralux and a new Vox I went into the control room and sat on the couch away from the racket to play on the tracks. I used Craig’s Gretsch, the Buxton Gibson, and the Jazzmaster. I tried the Les Paul which is an amazing guitar but it sounded a little dark. That was the day. Holly came around with coffee, Olivia walked to the studio from the hotel and afterward, we went to a late bar that was still open where we had vegan chicken nuggets and fries in a basket, living it up in Atlanta. 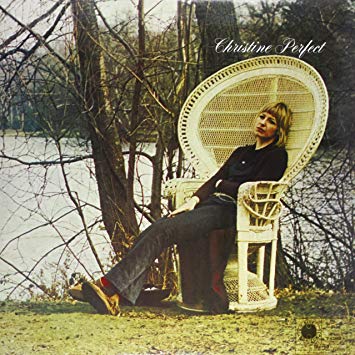 Terribly sad to hear that Christine McVie has left us aged 79. It’s just two days since I was talking about her here in relation to the record she made with Lindsey Buckingham in 2017 that was intended to be the latest Fleetwood Mac album. McVie, originally the keyboard player in blues boomers Chicken Shack released a solo album under her maiden name Christine Perfect in 1970. RIP.