A stunningly beautiful day today, a spotless blue sky, warm amongst the golden autumn leaves. In the studio, the door was open all day, I even moved my chair into the sunlight as I was listening to the sounds coming out of the speakers. John was engineering today and his wife and daughter dropped by to say hi like it was a perfect summer’s day and they were just strolling by, although strolling in Dallas isn’t that common, haha. At the coffee shop this morning a lady was parking a massive pickup, backing it slowly into a free space. She looked like she was steering a spaceship into a space dock. I’ve been meaning to count how many pickups I see on the short journey to the studio but I’m not sure I could keep up, we are in Texas.

Brian was singing today, a break from guitars if such a thing is possible on this record, it’s guitars galore but there’s singing to be recorded too and today we were tackling four songs. Tomorrow will be the last day and we will tie up all the loose ends although we will not be able to finish completely. We will be back in Dallas in January to record all the violin parts building up string pads. This project had been huge because Brian has composed an epic piece of music, what a thrill working on such a project.

Merchandise has arrived in Texas, vinyl copies of the Brix album, Space Summit, MOAT, and Noctorum, as well as Hanging Out In Heaven and Nightjar and a new batch of In Deep Music Archive T-shirts. We will be playing some low-key shows with Salim in Texas in January but please note that the Austin show at the Cactus Cafe is free entry and supported by the community, so it’s first come first served and very limited. Houston and San Antonio are also little places and the smallest of all, the Galactic Headquarters on New Year’s Eve in Dallas next to Pleasantry Lane Studio only has 30 seats. Low key but as we are here we might as well pull out the acoustics and the violin and play for the locals.

I’ll be borrowing Kevin the engineer’s Gibson Dove 12-string for the dates. I already bought a secondhand Seagull from eBay and my idea is to leave it here for a time when we come back to play a proper tour. We don’t need to be carting guitars backwards and forwards across the planet. Next time we are here I’ll look for a secondhand Takamine 12-string too so I won’t need to borrow a guitar for tour dates. A note for guitarists who use the Snark clip-on tuner, I’ve discovered that the D’Addario version of the same idea is better. The Snark waits to move, the D’Addario is immediate and when you are tuning live, you need it to be quick, especially when it’s a 12-string. 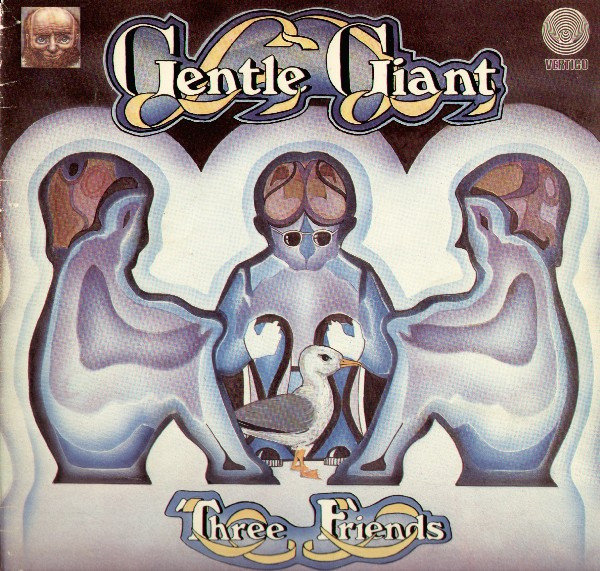 Music today has been Gentle Giant – Three Friends (1972), their third album. One of the reasons I left my very good job in Liverpool at the corn exchange in the offices of Henry Hosegood and Sons: I went out at lunchtime and bought albums, one was Gentle Giant’s Acquiring The Taste (1971), another was Three Friends. My boss said, “Why are you buying records when you need a new suit?” – I left the next day. Apart from escaping the office, I discovered that music was most important to me and I’ve loved this album ever since.