As far as bad ideas go you’d think that going to bed early might not qualify but last night I did just that and I wish I hadn’t. At first, I couldn’t sleep but I told myself that lying there resting was probably a really good thing right now. I can always sleep whatever the situation but not last night. When I did finally wake up (before my alarm) I realised I had the diamonds in my eye. How is that possible when I’ve been ‘resting’ for nine hours? I tried to keep my eyes closed and get up later than I wanted to and found that the diamonds had dissipated but I didn’t feel good, sickly, headachy. Still, I got up, had breakfast, did some writing, when suddenly another large dazzling diamond appeared in my other eye. So I had to stop immediately, I couldn’t focus on my screen. so, I went into the shower, washed my hair, rubbed my scalp like a massage and kept my eye on the clock as it was soon time to be picked up by Brian. I felt terrible but the new diamond was dissipating. I got back on my computer, wrote, made a sandwich, got dressed and was ready to leave for the studio feeling terrible, but I made it.

A bad start to the day but staying in wasn’t an option, so I took a couple of green fluorescent tablets, made a green fluorescent sandwich and made it down to the car in approximate time. It was Black Friday weekend and we had been to Guitar Center the day before to pick up Brian’s Rickenbacker, while I was there I’d seen a Squire Telecaster baritone, I’d noticed it before when I went to get strings but it was still there. Because it was Black Friday weekend it was 15% off so we decided to go and get it whilst it was on sale. When I came to the US this time I’d decided that a baritone was what I was going to bring back to Europe and there it was, looking good ($380), so I bought it, the case was also half-price so I was happy to have it and have something to take my mind off how I felt, working on the theory that if you’re not well and just sitting there, it’s worse than being distracted.

It was another guitar day, Brian’s songs are not only interesting because they are winding journeys but because guitar parts come in, disappear and never reappear. Most people might come up with a chord progression and that’s the basis of the song but not Brian, it’s simply a colouring that will be used in a section, in another section it will be coloured in another way. Consequently, a song is full of surprises, apparently not a good recipe for the breakfast show but as far as brain stimulation, it works. 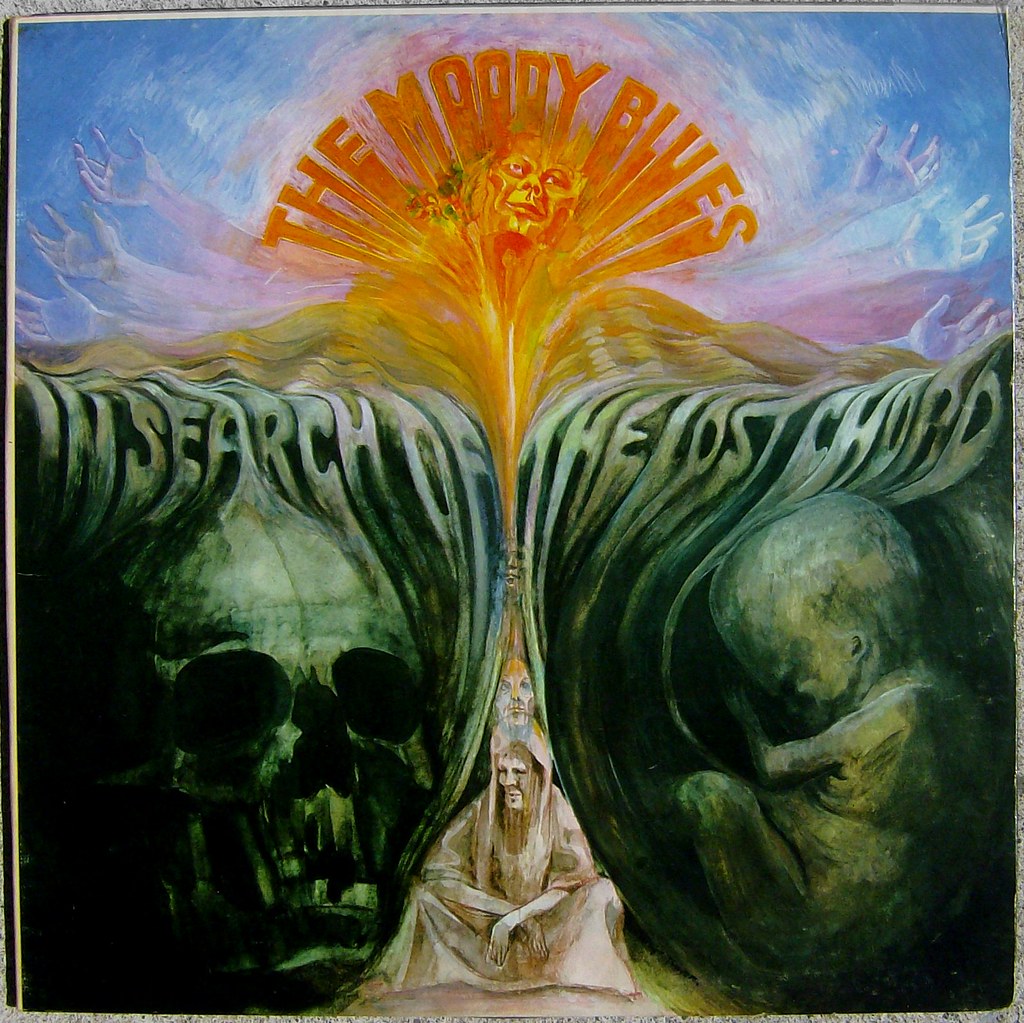 Music today, in honour of Brian’s searchings, is The Moody Blues‘ In Search Of The Lost Chord (1968), the follow-up to the classic Days Of Future Passed (1967) which incidentally, we saw them perform live last time we were in Texas. One of the lines on In Search Of The Lost Chord made me wonder if Bono had heard this but had never been to a zoo. “I’ve seen polar bears and seals, I’ve seen giant antarctic eels, I’ve still not found what I’m looking for”. Then there’s the Timothy Leary song, Legend Of A Mind. There are flutes, Mellotrons, 12-string guitars, electric guitars and Justin Hayward‘s pleasing vocals, Ee By Gum, they don’t make them like this anymore.

A shout-out to Wilko Johnson and Irene Cara who sadly left us this week. I saw Wilko live at Liverpool Stadium with Dr. Feelgood in the very early days of the band. His playing and his jagged dancing blew my mind. RIP both. “Fame, I’m going to live forever”.