Back to the Valley Of Salt project today with Brian arriving back from his break in New Jersey. He picked us up in the same car but a different colour (red instead of black), I was trying to figure out how they got it painted and ready to use in three days. At the studio we got straight to work on Brian’s epics, it’s not like recording ‘normal’ songs, it’s five songs in one with various different guitars on each part. The best thing is experiencing how artists perceive their art, a painter, a musician, everyone starts with the same approximation of tools but what they do with them is fascinating. From culture to upbringing, personal tastes, the ideas, the concepts, the dreams, everyone is unique and how amazing is that?

We continued working on a song that we’d begun before Brian left and we finished it late afternoon. At that point, we decided to go to Guitar Center where Brian had purchased a 1966 Rickenbacker sent from the California branch to be picked up in Dallas. A beautiful thing, in excellent condition. The only issue is it’s missing its tremolo bar, lost in a Californian jam no doubt with Roger McGuinn and John Fogerty. While we were there I noticed they had a second-hand pedal display case and inside was a reissue Hendrix Fuzz Face, second-hand, half-price, score. Originally made by Arbiter then Dallas/Arbiter then Dallas Music Industries, CBS/Arbiter, then Jim Dunlop, whatever, whoever, Dallas seems to be in the picture somewhere.

It wasn’t long before the 1966 Rickenbacker 365 was finding its way onto the record, in fact, we hardly used anything else. As soon as you get an old guitar in your midst, the new guitars start to panic. Eventually, they give in and gather around the old guitar in admiration bordering on hero worship. What’s the difference? Like old wine (although I don’t drink), they mature with age, the wood, the pickups, the feel of them after a lot of use. A 1965 Aston Martin may break down but the feel of sliding into it is worth the risk.

Jason came to visit with a Rickenbacker inspector badge, John took over from Kevin on the engineering front and we briefly saw Salim and Sarah as we powered on, trying to get everything finished by Monday evening. Brian had the choice to return the Rickenbacker if he didn’t like it, haha, as if.

Early to bed tonight, I have to try it because there are only three more days of intense recording, and then straight to Atlanta and to the studio with sessioneer Craig. I’m making the most of being available for these projects but I do need to sleep. 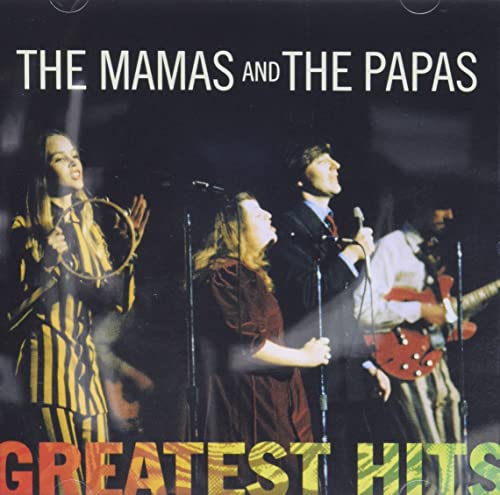 Music today has been The Mamas & The Papas‘ Greatest Hits because I keep on hearing California Dreamin’ everywhere.