The rain came pouring down (again), the thunder echoed through the relatively empty Thanksgiving streets but I imagine that this was always an indoor holiday. But it’s no holiday for us as we were back in the studio today working on acoustic guitars, vocals, and violins. Last day on this particular project until after Christmas as Brian is back from New Jersey tomorrow. It’s strange to see the cacti drenched in rain and most annoyingly the fly that eludes capture in the control room, Salim says it might be a reincarnation of John Lennon come to help.

It doesn’t matter if it’s night or day in the studio, time stands still, you only know it’s late because you start to wither and the simpler things become harder. I’m not particularly talking about myself here (although) but when you think about the amount of time and work that goes into making a record, it’s amazing how cheap they are to buy. Possibly an unpopular view for those that don’t want to pay 40 bucks for an album but manufacturing costs are just another expensive cog in the chain. If you can’t make a record at home, that is, you have a drummer and loud guitars and you’re not an engineer, oh yeah and you don’t have the equipment anyway, then studio costs remain high. Then there’s the gaggle of musicians and their pay, the accom if you are in another city, transport to the studio, food (it’s not like you can go home for dinner every night even if you are in your own city). Then there’s the extra musician costs, trumpet, accordion, piano, oboe, backing singers, duduk…not every band is a snappy punk band.

Of course making a record can be fun but it can also be really hard, not just the act of doing it but preparing for it, writing it, plus, you have to have been able to buy your instrument and its accoutrements. In the case of guitars, there’s the amps, the pedals, the stands, the picks, the capo, the EBow, the guitar strap, the regular string changing, the maintenance, it all adds up, not everyone is a natural singer with no equipment costs. In the studio, one man’s concentrated studio session is another’s feeling of being trapped indoors for days/weeks/months, days off aren’t practical or affordable, unless you are Chris Martin. The agreeable environment makes for the record you want to make but in music tension also serves, but who wants it? You have to pay the engineer even if you don’t get paid for the actual project and he might not want to work as late as you, it’s a job after all. After the recording, you have to spend days mixing, then mastering, making the costs even higher. Then there’s the artwork, the design, the proofreading, the photo for the cover, and the photo of you. You can’t just get Aunty Flo to take your picture and photographers aren’t cheap. Then it’s the manufacturing which is really expensive for vinyl, the CD is cheaper but sales are low because of streaming, and as far as streaming you make no money unless you are Chris Martin.

Going on the road is expensive (crew, venue hire) and you are never sure if you are going to pull a crowd. Whether you have ten people or 500 people in the audience the facilities you need to play your music live are the same – and what are you going to wear? Salim had a fellow in his little venue next to the studio who had 43 million streams of a song and pulled three people. Luckily some music-loving regulars there made it up to ten. Record companies are not there to invest anymore because there is not enough of a return unless you are Chris Martin. Consequently, many musicians can’t afford to make records, so if you do see a small band and they have a ten-dollar CD for sale, please buy it, because that and their T-shirt is their only chance to continue to afford to make music. Good luck to Chris Martin, music is subjective and I really like that song Speed Of Sound but for every one of him, there are a million who can’t get a break. 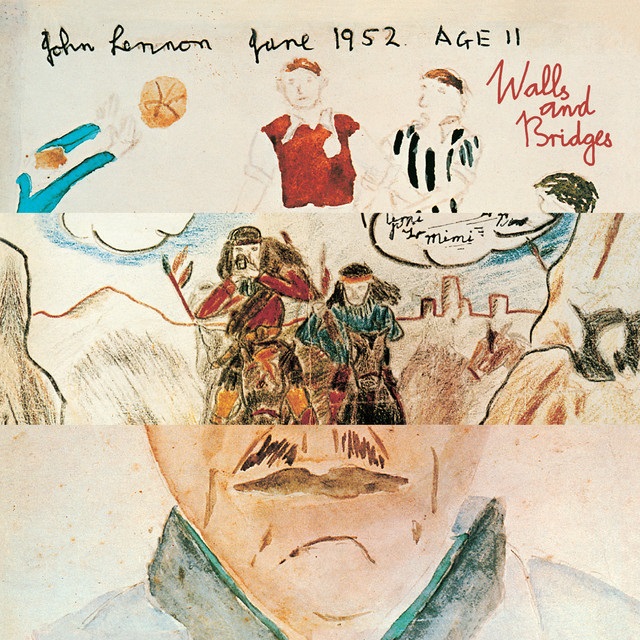 Music today has been John Lennon’s Walls and Bridges (1974), if not for anything else but for #9 Dream and for the help today in the studio.