The rain poured down and the thunder rumbled as the weather changed again from a lovely blue sky and T-shirts to rain clouds, storms and umbrellas. Still, four songs down today in the studio in this mysterious project that keeps us up with the same schedule that we had when Brian was here. Last day tomorrow as Brian returns on Friday for four more days which will take us to Tuesday next week when we will fly to Atlanta to be in the studio with sessioneer Craig. Lots of making music in different roles, different from the old days when playing guitar in a band, doing shows, getting together to write and make albums for that one band was everything, but then in those days we sold records, pulled crowds, and had record company support. Things have changed and you need to be able to get involved in all kinds of different musical directions, it’s the only way unless you are Bono.

The crazy Christmas lights in Highland Park are getting more and more extravagant and I presume that people like to have them up this early not just for Christmas but because of Thanksgiving, one of America’s biggest holidays. The leaves on some trees are turning to a beautiful natural bronze as others are wrapped in green, red, and white electric lights. Some houses have kept the remnants of Halloween and others have blow-up turkeys, the accumulation of three holidays in a row from October to December. It’s what makes January and February the saddest months after New Year’s Eve, nothing more to celebrate.

Sarah has been picking us up and Salim taking us home as Brian is not here for four days, so we get generously picked up in a nice red Prius and dropped off in a lovely silver Mini although it’s hard to get in the Mini without banging my head as it’s so low. On the subject of cars we haven’t heard about Ariel for a while, I suppose we’ll hear from the garage when they know the status of the engine. I always bang my head getting into Ariel too, not because she’s so low but because she’s so high. That’s the great thing about motorbikes, no doors.

Paul was in the studio with us again today, playing guitar and tambourine, singing backing vocals and working out keys and chords for songs. He’s one of those lovely good vibe people that can quietly do most anything musical, guitar, piano, sing, probably the tuba. I was playing all kinds of acoustic guitars today, Taylors, Martins, Seagulls, Guilds, and Hofners, all of which have different sounds and consequently become relevant for some songs and not others, that’s why guitarist types have lots of guitars. In the studio, there’s always the chance to experiment and you don’t always know what’s going to work in the sonic picture. I wonder if Angus just plays one Gibson SG in the studio?

My fingers are hurting from pressing down those 12-strings for hours, so it’s been good having Paul play some of the guitars. You need to be playing all the time because if you don’t and you suddenly have some intense guitar-playing sessions you are likely to struggle with sore fingertips. It’s the same with your voice, you have to use it for it to work properly. It’s also the same with writing songs, you have to write them to have them, haha, like the blog, you have to write it to have one. In a world of massive distractions, financial worries, wars, and conflicts of some description somewhere, it might be hard to commit to picking up a guitar and singing, writing a lyric, and coming up with a structure that qualifies your work as a song…but you simply have to do it, otherwise there is nothing, just the remnants of life, art preserves the beauty of creation. 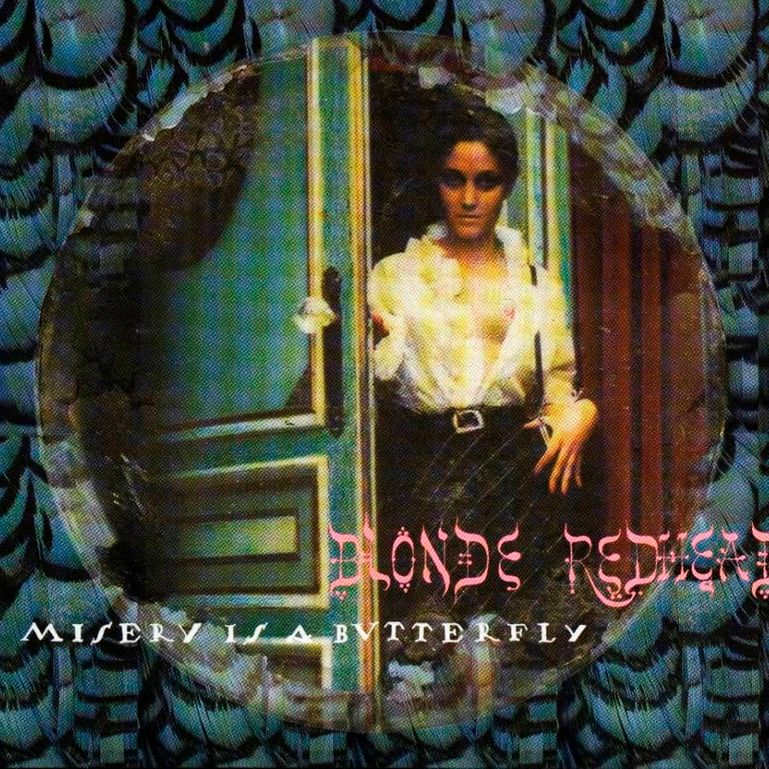 Music today has been Misery is a Butterfly (2004) by arty New Yorkers Blonde Redhead because I saw a large confused butterfly today and wondered what it might be doing in November and wondered if it was alone and miserable.