Cherish Love and Nae Callihan, two amazing singers who came straight from church on this Sunday to sing their hearts out on the record we are making. They gave us choices, gospel, pop, R&B, Motown, what kind of sound did we want? Of course, the answer is all of them, and did they deliver! Different songs needed a slightly different approach but the two of them together were a force, never out of tune, perfect timing, power, emotion, technique, this is working with top professional people, effortless, easy going and friendly, funny, confident, open to suggestions whilst bringing in their own brilliant ideas, what an absolute pleasure. Brian, Salim, John, Jason, Olivia, and Kevin, all in the control room in awe.

This is Brian’s last day before he returns to New Jersey to be with his family for Thanksgiving, a big holiday here in America. In the meantime, Olivia and I will be in the studio with Salim, we were thinking of recording some songs from our live acoustic set and some of Salim’s songs acoustic and seeing what we have at the end of the week. We have four days before Brian comes back for a long weekend where we hope to finish his record.

In the coffee shop, there was a man tapping (not Amanda Tapping) in a way that only drummers tap. I asked him, “Are you a drummer”? – (with a wry smile) “Is it that obvious?” he said. “Only drummers tap that way,” I said. He was a nice dude, his name was Zack and we talked Sly Stone, and George Clinton with whom he’d played some shows. We talked Lenny White, “You know my thing,” he said.

After the gospel girls had gone we worked on one of Brian’s epic songs, the instrumental first song from the album. Lots of guitars, lots of different guitars playing different parts with different sounds. Leads, riffs, solos, rhythms, clean, dirty, and in between. My job, make them all sound good at source, Kevin and John’s job, record them sounding good, Brian’s job, play them well. We’re making a record.

Studio commitment has had me fall down the leagues in Duolingo and I’m now in the Pearl League. I’m unable to find the half an hour+ per day to keep in the Diamond or even the Obsidian League but I am still doing it every day, I never miss a day (unless there’s an alien invasion, and even then…). 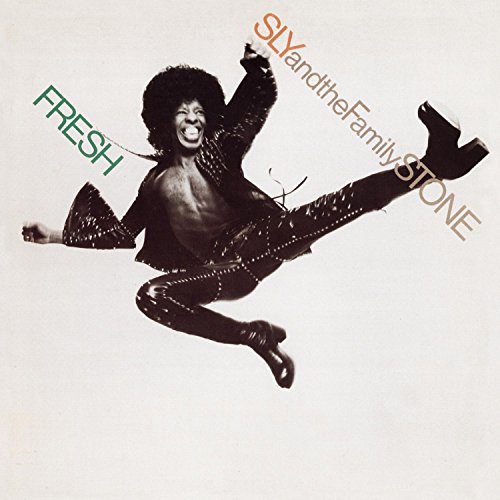 Music today has been Sly and the Family Stone’s Fresh (1973), inspired by talking to Zack and working with the girls today. Fresh was the sixth album from the band, a soul-funk classic, and follow up to the incredible There’s A Riot Goin’ On (1971), just listen to If You Want Me To Stay. Their previous album was a hard act to follow but Fresh is up there too.