Tonight, leaving the studio, driving between the rich people’s houses of the Highland Park area of Dallas, in between the over-the-top Christmas decorations (already up), the manicured lawns and the trees lit up with a million lights, we saw a bobcat running between the new Santa Clauses and the leftover Halloween pumpkins and skeletons. In the daytime, the closest you get to seeing who actually lives in these mansions is seeing the occasional jogger or one imagines, those sitting in the coffee shop at the posh Highland Park Village. More often the actual humans present are teams of gardeners and builders busily working to keep the lawns pristine and the houses looking perfect. But where are the people that live in them? Then you realise that you are in America and people rarely walk out of their front doors, they drive or stay in, especially in neighbourhoods like this.

We started the day recording guitars and ended the day recording vocals because tomorrow, Thursday, we have Camille coming in to sing backing vocals on three songs and we had to have the lead vocal ready for her to sing to. We probably would have continued recording guitars if this wasn’t the case but we are having all kinds of different artists coming in to do different things, not just Camille. Yesterday we had Paul come in to play the accordion, tomorrow we have Steve coming in to play trumpet and trombone. We’re making a record. We are into our second week and our tenth day and I think we need five or six more days, so it looks like there will be a little break for Thanksgiving whilst Brian goes home to his family and then we will finish when he returns a week later.

The squirrel was in the tree outside the studio door today and ran down the trunk, through the cacti and up onto the fence in a lightning flash. I’d seen another squirrel on the way to the studio (that’s us, not the squirrel) run out into the road as a car was driving by, realise the danger and turn back, it was so fast. I even saw a dragonfly today, odd for a cold November but as engineer John said, “This is Texas, it’s winter today, it could be summer tomorrow”.

It was John engineering the guitars in the studio today and Kevin the vocals, this evening, tag team. We are making progress, shaping the songs, finding what they need, feeding them. Brian is doing a fantastic job considering it is his first album. It’s so great to see someone who started as a sessioneer with a dream actually, execute it every day in the studio. It’s intense work but once you have the music bug, you really wouldn’t want to be doing anything else. 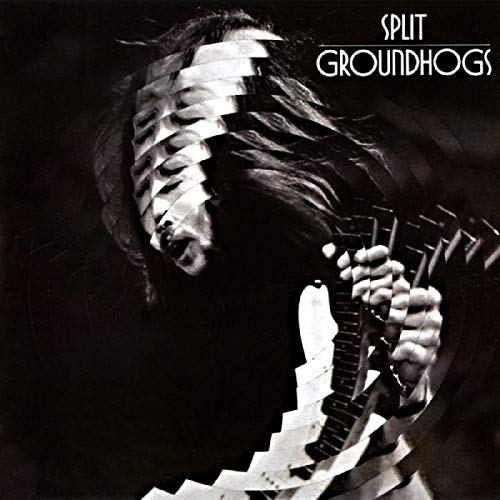 Music today has been a record I regularly return to, The Groundhogs‘ classic Split from 1971. You don’t need a reason.