The rain came pouring down in a cold and cloudy Texas as we headed out for coffee to a different place that had no decaf. We found ourselves in a large grocery store called Tom Thumb (I think), the shelves packed with products as if it’s bad for the image to see them empty. We bought some sushi for lunch and queued behind a man with a mega trolley full of food. On the way out an old woman, confused as the alarm went off signalling that she had pushed her trolley out of the store without going through the checkout, the trolley wheels automatically locked and led her to confusion as to what had happened, oh to be 90 in the modern world.

In the studio, Richard came in to do some extra keyboards and fix some piano parts. We finished off the acoustics, the dobro, and the nylon string before getting back into the electric guitars and there are lots of them. Although we’ve been using Brian’s Strat and his Les Paul, I wasn’t getting the right sound for the arpeggio part we were working on so after lots of experimentation we landed on an old Epiphone and blended it with a Rickenbacker 12-string for a characterful sound. It’s tough working on guitars as a producer when you are a guitarist and don’t have your own guitars but Brian did a great job anyway on a song that is so packed with guitars that there’s no room for a mint.

Outside the studio the cacti’s white cloth clothing, protection from the threatening frost, made me think of Christo and Jeanne-Claude, known for wrapping famous landmarks and landscapes such as the Reichstag, the Pont Neuf, and even an island. Squirrels run at speed along the fence separating the houses in an astounding display of balance. We open the studio door to let in some fresh air and close it quickly as the cold hits the heated room, the mosquitos are no longer a threat outside as I thankfully recover from 1000 bites on my legs.

Inside a whiteboard with the schedule, the musicians who have been and the musicians who are coming, the instruments recorded, and the instruments to be recorded. It’s long days for this final week as we try to build the tracks, each day is 12-13 hours as we concentrate on ticking off another guitar on a track and moving on to the next one. But the nature of this music means that we could be on the same song for hours as there are so many parts, and so much to add. This is making records, for all the similarities, everyone is different. 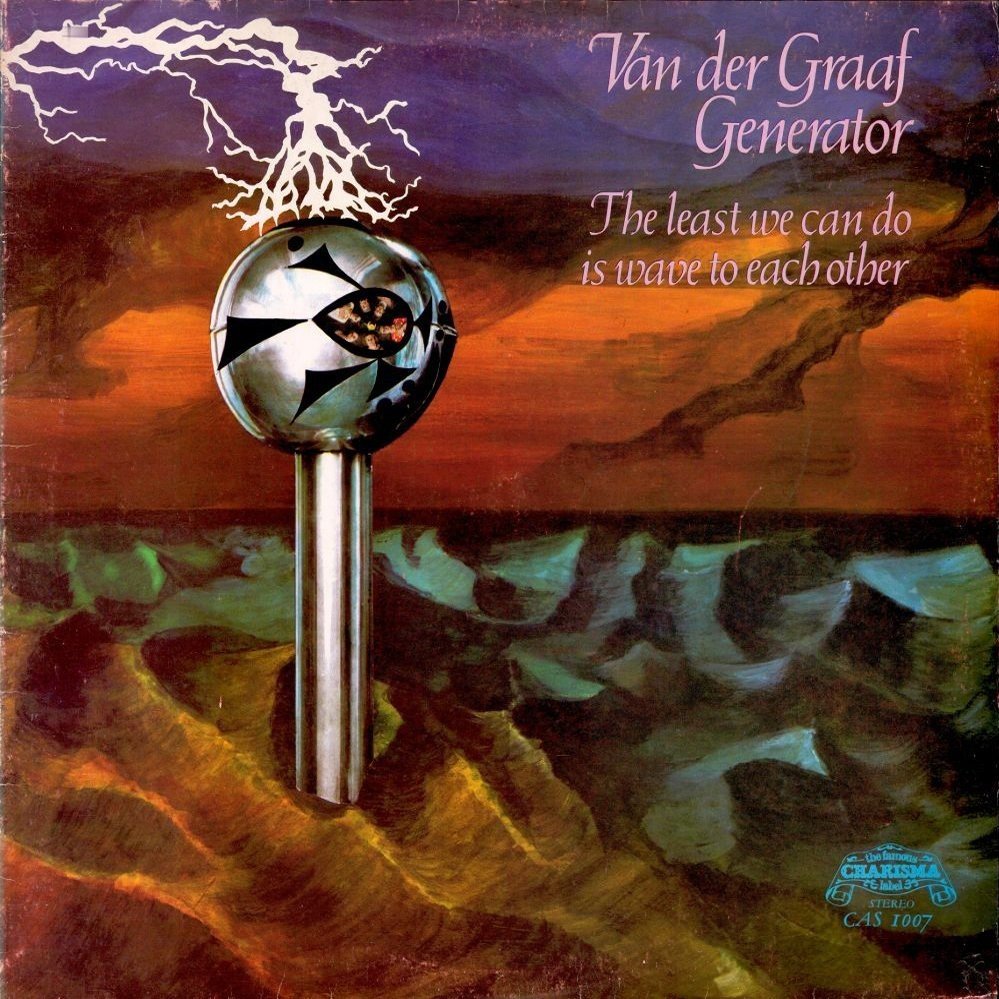 Music today has been Van der Graaf Generator’s The Least We Can Do Is Wave To Each Other (1970), their second album. Despite being released 52 years ago for me it never gets old. The mood, the songs, the instrumentation, Peter Hammill’s incredible voice. The band at this time was David Jackson on sax, Guy Evans on drums, Hugh Banton on keyboards, Nic Potter on bass, and Peter Hammill on lead vocals, acoustic and occasional piano. A magnificent album featuring the poignant Refugees. Here are the lyrics:

North was somewhere years ago and cold
Ice locked the people’s hearts and made them old
South was birth to pleasant lands, but dry
I walked the waters’ depths and played my mind
East was dawn, coming alive in the golden sun
The winds came, gently, several heads became one
In the summertime, though August people sneered
We were at peace, and we cheered

We walked alone, sometimes hand in hand
Between the thin lines marking sea and sand
Smiling very peacefully
We began to notice that we could be free
And we moved together to the West

West is where all days will someday end
Where the colours turn from grey to gold
And you can be with the friends.
And light flakes the golden clouds above all
West is Mike and Susie
West is where I love

There we shall spend our final days of our lives
Tell the same old stories: yeah well
At least we tried
Into the West, smiles on our faces, we’ll go
Oh, yes, and our apologies to those
Who’ll never really know the way

We’re refugees, walking away from the life
That we’ve known and loved
Nothing to do or say, nowhere to stay
Now we are alone
We’re refugees, carrying all we own
In brown bags, tied up with string
Nothing to think, it doesn’t mean a thing
But we’ll be happy on our own
West is Mike and Susie
West is where I love
West is refugees’ home