Late to bed, early to rise, keeps you healthy, wealthy and wise. I’m not sure whether it’s a proverb or an aphorism and this one is slightly altered to suit me, except perhaps the bit about rising early, keeping healthy, getting wealthy, and being wise, haha. I was talking to sessioneer Craig today about these people who need little sleep, successful in business, politics, maybe music too, I don’t know but how on earth can you only sleep for four hours a night and still function? Craig said it’s a gene. I’ve always wondered about sleep and thought of it as an unfortunate necessity, not to say I don’t love it when I need it but it sure takes a chunk out of the day – unless, of course, you’re a four-hour person.

I had to take all the recycling down today before I left, the organic container was full, everything just fills up so quickly, glass, plastic, paper, cardboard, general rubbish and we are just two people. I think I once saw a sci-fi film that had a garbage planet, I wonder if that would become a reality if the humans really did find a way to travel into space at a speed that made it worth it. This from Intergalactic News – “The aliens on Planet X4-55967 have sent a formal complaint to the government on Planet Earth about Garbage Planet 9500 x 51 and the terrible odour that has drifted through space on the scales of small intergalactic jellyfish that need no air but have the smell of garbage clinging to their tentacles as they drift towards the aliens’ holiday planet B19-472. Alien holidaymakers are cancelling their reservations as the rumours of the problem is reaching the home planet.”

I took the train from Marquês to Carolina Michaëlis, changing at Trindade and winding my way through the people on the escalators, there’s no standing to one side here. I found the train, got on, and waited for what seemed like an eternity (it was probably four minutes) before we got on our way, it was only two stops but there was a fly buzzing around my legs and the train was packed as it was going to the airport, I moved to escape the fly and finally arrived at my destination, escaping the flyers. At this stop, you have to cross the lines to get to the exit, better make sure you are alert. I walked ten minutes to Discos do Baú, Miguel’s record store, it was closed. Damn!!! I rang the number on the door and he was just next door in the café. I was there to pick up Bronco’s second album Ace Of Sunlight (1971), it’s not on Spotify and it’s hard to find, especially as a Spanish pressing. I also got a Portuguese pressing of Kate Bush’s The Sensual World (1989) and a weird bootleg vinyl copy of Tool’s Fear Inoculum (2020).

I walked into the centre of town from there at a speed, the sky was dark. I reached the light bulb shop that was closed, the times on the door suggested it should be open. From there, checking in at Tubitek (too early for ordered records, come back tomorrow) and onto the post office to send a present to a family member. The time I was in the post office, unknowingly, it poured down, I came outside and it had stopped, the streets and the people drenched, the umbrellas dripping with water. I stormed towards home as fast as I could for an early sesh with Fred at 3.30 PM. Craig straight after and then NJ Brian straight after that. A bit of football, a bit of Bosch and tonight I have to get to bed earlier for a big day tomorrow. 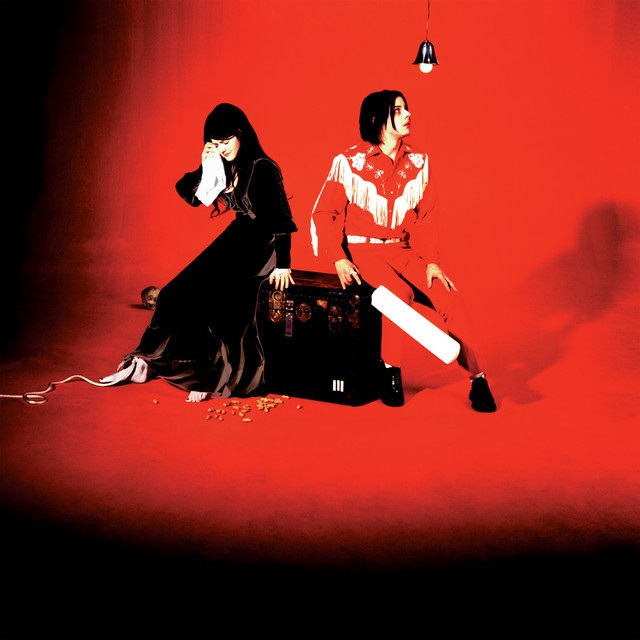 Music today was The White Stripes – Elephant (2003), their fourth album. What an odd group. You have to dig the guitar tones.