The doorbell rang, it was a special delivery, it was my official residency card, my passport to living in Portugal as a legal resident, valid until 2027. Also, before that expiry date, I can apply for an extension, and even become a Portuguese citizen, I’d better get to those Portuguese language lessons. I walked down into the city today, past two of the ladies of the day, one girl, dark-haired, a regular face here, was placing a cigarette in her mouth about to light it, and waved at me, the other girl, blonde, waved too, as they always do, communicative and friendly, I waved back. An almost warm breeze and a blue sky, in and out of the sunlight between the buildings, between the Tupac and the Ramones T-shirts, between the tourists and the locals, straight to the coffee shop on the way to the record store, as always.

Tubitek, the record store, has my new release want list, some are classed as ‘ordered’, others as ‘listening’. This means that the listening records may become ordered if I like them enough to upgrade them. I’m still trying to decide on the L.A. Woman sessions (1971), Tame Impala’s The Slow Rush (2020), and Arcade Fire’s We (2022), but have committed to ordering The Beatles‘ Revolver box (1966), the CAN dbl – Live in Cuxhaven in 1976 and the new Weyes Blood – And In The Darkness Hearts Aglow (2022), and of course more spinning, grabbing and discarding because you can’t buy everything although if I did actually win the lottery…

Olivia joined me in town and we passed by the music store to say hi to Carlos and Vitor before heading up to Chico’s second-hand store down the side of the beautiful Igreja de Santo Ildefonso, an 18th-century church, opened in 1739 and interestingly tiled, in the azulejo style in 1932. Chico has recently picked up a classic collection of the psychedelic garage punk bands of the mid to late sixties so I managed to score Question Mark and The Mysterians – 96 Tears (1966), Shadows Of Knight (1969), The Human Beinz – Nobody But Me (1968), and yes, there was more, a Lobby Loyde’s Coloured Balls’ first recordings from 1972, a Zappa bootleg and more, Moby Grape – Omaha (1971), and even more, how long have you got?

We walked through the city, past the famous Lello bookshop, we talked to a family on holiday from Lausanne and a couple on holiday from Hackney. We walked to Miguel’s record store but he was closed. We then went on to the Jardins do Palácio de Cristal where there’s a great view of Gaia and the Douro river. We saw the peacocks and the hens in the trees, yes, the hens in the trees. It ended up being quite a walk around the city. It started to rain and then kindly stopped, we walked to São Bento station and caught the train home, and arrived just in time to see Dortmund – Man City. Of all the Champions League games tonight, it was the only one that didn’t have any goals but that’s the great thing about football, great games can have no goals, it’s called an honourable draw. 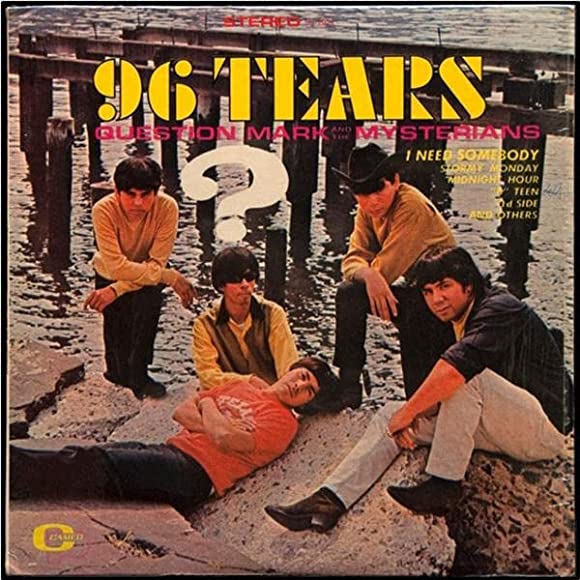 Music today has been ? and The Mysterians‘ 96 Tears, released in 1966. It’s the original garage band. Hailing from Michigan, their debut single 96 Tears made it to #1 on the US chart. It’s a classic of the genre, you can read all about it on Wikipedia, in fact, you must.