Warm and cloudy, I walked past some homeless guys who were close to the bandstand but not in it because they know they’ll be moved out in a minute. The pool was packed today, all those flailing arms, splashing their way down the lanes, some young limbs, some old limbs, two guys walking the lanes, some strong swimmers, and some making it look hard. Most people are stopping regularly. I sat in a lane and waited for someone to leave, three people in a lane is too many. A girl got into the lane where I was waiting, she was such an amazing swimmer, young and fast, perfect technique, trained. Someone left and I moved out of the waiting lane and did my 64 non-stop, sharing the lane twice. My goal is not to be fast, not to compete, not to be perfect but to be smooth, no splashing, no banging hands down on the surface of the water, I want to be a stealth swimmer, silent.

I was up so late last night, I didn’t get to bed till after 5 AM and that meant not getting up till nearly 2 PM so everything was moved forward, I missed lunch, I got to the psychedelic psupermarket late, just in time for after work queues, I didn’t buy much but it took forever. It was nearly dark when I hit the street, dusk traffic, and for every rushing young office worker, there were slow old ladies. One of the greatest things about getting older is how you can cruise slowly.

Our rent went up 33% today, it seems even in Portugal we are entering the real world of impossible rises in prices. The rent is cheaper here than in most Western cities but I suppose this is the first step of Portugal catching up. Luckily we don’t have massive heating bills because we don’t have central heating and we don’t plug in any heaters, a blanket suffices in southern Europe, but what on earth do people do in the north of Scotland? I wonder will Scotland ever get its independence, there’s a new prime minister in the UK but I don’t think that really makes a difference to the potential for a second referendum. I wonder where a second referendum on Brexit would leave us.

I never see any insects in the city, it’s making it worse for people who don’t know the difference between a bee and a wasp, haha. Perhaps you have to grow up in the country to know these things. But then again, I’m not so hot on WhatsApp Web, obvious to some. I wonder what it is about screens and digital effects on home studio music software, why do I want those big clunky buttons and bakelite or metal dials? I don’t drive but I have had motorbikes, driving with gears instead of automatic, convenience versus feel, it’s a different world from the perspective of having been on the earth for 64 years.

When I left the house today I took Olivia’s keys by mistake which meant she wasn’t sure if I had forgotten my keys or whether she had misplaced hers. So as she was going out and couldn’t find her keys she sent me a WhatsApp message, easy, right? She told me she had my keys in case I’d forgotten them and I realised that I had picked up her keys by mistake and went to send her a message to reassure her that I did have keys and was able to get into the house. Then technology decided that the latest version of WhatsApp (which I’ve been using for years) couldn’t be installed on my phone because, yes, the usual problem in the modern world – it’s too old. It still works perfectly well but it’s an iPhone 5, like the ones they used in the American Civil War, the last one. 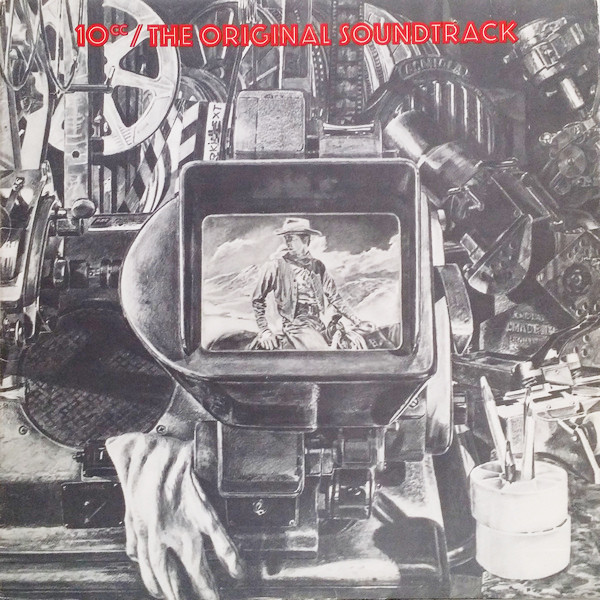 Music today has been 10cc – The Original Soundtrack, yes, that’s the album with I’m Not In Love, what’s not to like? They were klever, groundbreakers, they all wrote and sang, they worked separately and together, in different connotations, I suppose it was never going to last.