Pouring rain, a deluge, pummelling the roof, pounding the ground, smashing into the windows, flooding the yards, overflowing the gutters, streams of water drenching the planet from Australia to London but I’m inside and loving hearing the rain, watching it empty the streets of people and emptying the sky of birds. I was up early for an Arktik Lake sesh with Tony in Sydney at 10 AM, yikes, that’s the middle of the night. We more or less completed a new song for the album after the album we are making now. In the end, I could feel that I wasn’t going to make it through the day with seshes galore and hypodermic skypos so I put on Wish You Were Here and lay down on the couch with a blanket, ahh, sweet sleep.

I awoke after missing the early football games and all those goals, Gerrard must be sad after his team won 4-0 after he was sacked and Brendan Rodgers, doing equally badly, also won 0-4 but he wasn’t sacked. Managers are let go, bands are dropped because success is the goal, or is it? In sport, there has to be a winner but having said that I always wonder at booing the opposition. It doesn’t make sense for two reasons (and many more). One reason is that if there was no one to compete against you wouldn’t be able to win. Secondly, if you always won there would be no point. You have to lose to get better.

In music, there’s no winning and losing just success and lack of it, although success is subjective, I felt like I’d made it as far as I could ever imagine when I played guitar on the ex-band’s first single, everything else was cream.

Great game Spurs/Newcastle 1-2 and sessioneer John P. sent me his reworked track that we had analysed to great improvement. Sport and music hand in hand as hobbies, jobs, passions but when did sport clothing become the fashion? Didn’t you prefer loon pants or drainpipes to track suits, shoes and boots to trainers? The biggest gig in America is the Superbowl. From watching the players to playing three chords, recording onto a cassette whilst I sit in the studio, simplicity over everything.

Next Indiana Brian, collaborating, working on chord sequences and ideas, two 12 strings, ringing, sparkling, entwining, capos, open strings and harmonies, counter rhythms, and straight from Indiana to Minneapolis and Space Summit Jed. Reworking the demos for Space Summit three, Space Summit three? But Space Summit one, Life This Way, has only just become available on vinyl at the end of the week unless you ordered it in the distant past. It has arrived thirteen months after the CD, welcome to the modern world, where so many things work better and so many things work worse.

Talking to Salim in Texas, in Dallas, where it’s 85 degrees and not raining. A record next year, the EP now, so many ways to sing to play, collaborations, so little time. In the past, a Rickenbacker and a tour, a rehearsal and writing sessions, a tour of America, then Europe, then Australia, and then back again, repeat, repeat, repeat, now there’s so much more. 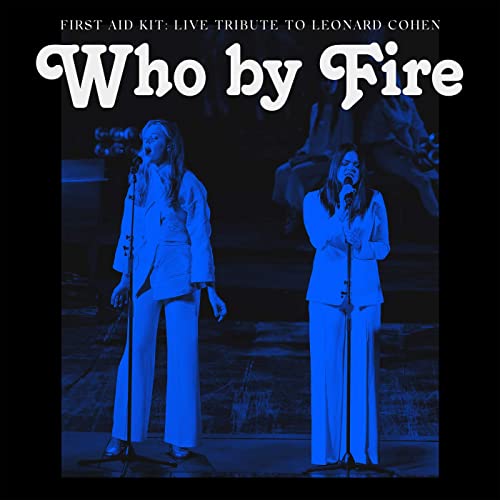 Music today has been First Aid Kit and friends’ Who By Fire, a tribute to Leonard Cohen, a poetic and theatrical broadcast on Swedish television, and performed at the Royal Dramatic Theatre in Stockholm, it’s also a record but this is one you should probably watch despite the conflict of watching music rather than listening to it.