Strangely, clouds and pouring rain in Porto in October still don’t seem to add up to it being cold. We went out for an exciting accountant’s meeting and despite seeing the grey monsters gathering in the sky (that’s the clouds, not the accountants), it didn’t seem that winter clothes would be necessary and even when the wind got up and small droplets fell as a warning for worst to come, there were no clothing regrets. We came out of the house as the marauding 14-year-olds were coming out of school so we crossed over to the freer side of the street until it was safe. We stopped off for a quick takeaway coffee and then headed to Dance Planet to buy a mini-jack to RCA lead so I could plug my iMac straight into my stereo, it was my second attempt to have this option (the first lead didn’t work with the format of the plugs). I want to be able to hear my sessioneers’ music on different speakers. There’s no standard for sound, people listen in many different ways and it helps you decide what works best by having different setups. In a perfect world, we would have a car parked in the front room so we could hear what it sounded like on the car stereo without leaving the room.

We have lovely accountants, friendly, huggy, warm people, welcome to Portugal. They help us through the complex labyrinth that is the tax system and after a long meeting they hugged us goodbye and sent us off with posh umbrellas left behind by richer clients than us. We were close to Porto’s biggest music store Ludimusic. I didn’t even know it existed until Olivia told me it was close and we should go and check it out. On the way, we passed one of those expensive-looking health food stores where the shop assistants are dressed the same as the people in the pharmacy. We braved entering and saw that there was a small bakery by the entrance. Two quality home-baked croissants later we were buying expensive veggie sausages and I convinced myself that one packet was two meals so it didn’t seem too exorbitant. We made it to the music store and there staring back at me through the window was swimming buddy and drummer Pedro who’d just told me last trip to the pool that he worked in a music store and was quitting soon. I just randomly walked into his world.

Inside, Olivia managed to purchase the strange lower octave violin strings for her aptly named cellolin (they’re not cheap, 89€) while I perused the hundreds of new guitars. I don’t usually go for a new guitar but I was drawn to an Epiphone SG that captured my attention because of the tremolo bar assembly. It was around 500€, and it seemed like a good price, I tried it, it felt like a new guitar but it seemed to stay in tune pretty well after some tremolo bar action. In the olden days, it seemed that you were either buying a pricey guitar or a bad guitar. In those days buying a Gibson or a Fender was serious money, now you can buy a decent Fender at a ridiculously low price, of course, it’s not quite Dave Gilmour’s recently sold #0001 Strat ($1.875 million) but it’s a great start if you are strapped for cash. I also tried a Gretsch baritone guitar, I need a baritone guitar (keep on telling yourself you need a baritone guitar).

We walked back past Miguel’s record store as we were in the area and I succumbed to two Holger Czukay albums, Rome Remains Rome (1987) and Radio Wave Surfer (1991), an early Portuguese copy of Aqualung (1971), Gentle Giant’s The Missing Piece (1977) and last but not least a lovely French copy of In The Wake Of Poseidon (1970) on Philips with an unusual glossy cover. These different versions are treasures for the archive. 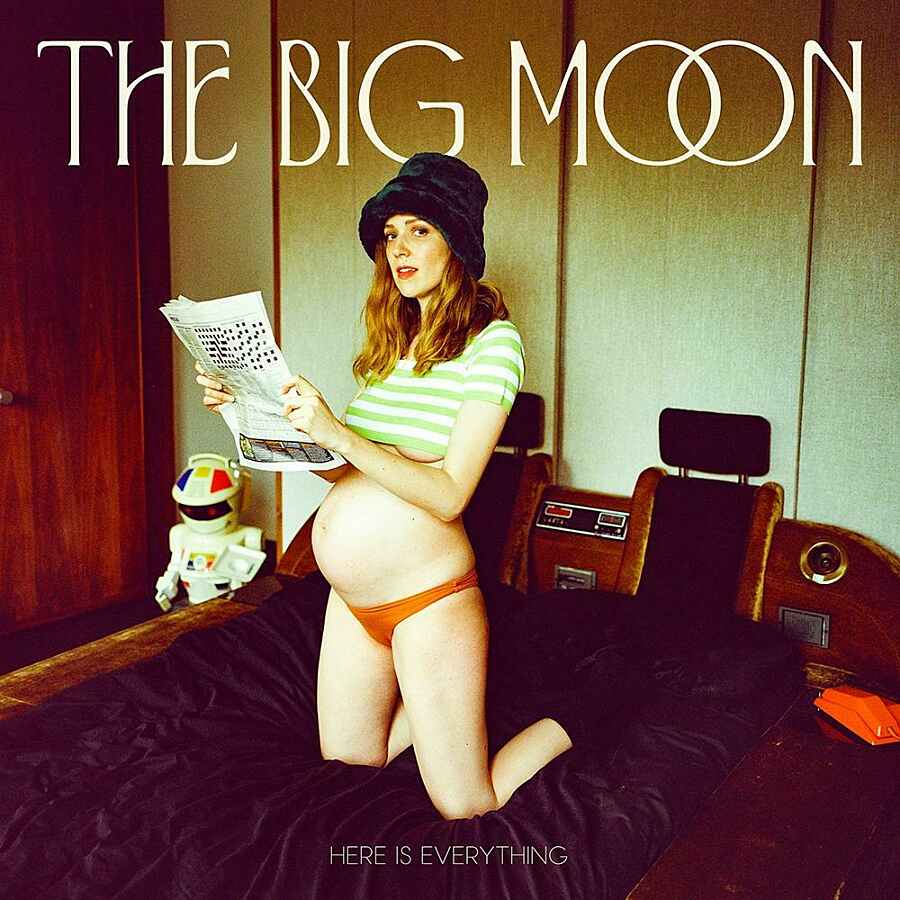 Music today has been the latest release by The Big Moon, Here Is Everything (2022), as recommended by my mate Biggles, good choice bro, I really like it.