The other day a lady knocked on the door to inform the locals that they had added an organic waste bin to the recycling. At last, all that organic material going in the bin just seemed so wrong as it did with glass bottles and plastic. Do you remember the days of the metal dustbin? She gave me a brown plastic container and a special key card that opens the bin. So the first day I went down there and opened the bin to find someone had opened it and thrown a plastic bag of garbage in there. Do you ever feel that there’s no hope?

I recycle every day but there’s always a cardboard box and plastic bottles in the wrong bin, people just can’t do it for some reason. I suppose it’s three types, the lazy, the ignorant and the cynics. The lazy simply can’t be bothered, the ignorant haven’t noticed the issue and the cynics have bought into the myth that it all goes into the same place anyway, like the EU and the bent banana myth. It seems that some ideas tickle some people’s fancy, they suit their outlook on life despite the veracity of the claim being dubious. I wonder how many preconceived ideas have shaped humanity negatively.

Back in the pool today, 72 lengths, the usual non-stop freestyle mile and then the extras but I‘m having trouble with my hand at the moment and was unable to pick up a papaya to put in a bag at the psychedelic psupermarket counter today. The lady helped me do it, I told her my head was ok but not my hands. So I compared thumbs today to find that one is a different shape to the other, I presume it’s inflammation. It hasn’t affected my guitar playing yet, we’ll see. I was reading that Glenn Frey from The Eagles had rheumatoid arthritis and the medication he was taking caused other medical issues, one of which killed him at the age of 67. His wife sued the hospital for wrongful death, I’m not sure how it turned out, but as it was too late, even if she won it wasn’t going to bring her husband back.

I had a sesh today with Craig in Atlanta and was looking at album covers for NJ Brian and Afridi/Willson-Piper. I was talking to Craig about getting the engineering skills together to record on tracks that I might be sent but then at this point I don’t have my Strat, my pedalboard and my bag of leads so I can’t really contribute in the way I would want to anyway. I did actually play on one of Craig’s tracks and it sounds good, even if I didn’t quite know what I was doing with the buttons. But I suppose there’s the skill of knowing when it sounds right and making it sound right when it sounds wrong, I guess I was lucky it just sounded right and I went with it. If it had sounded wrong, I’m not sure I would have known what to do.

I picked up my computer keyboard today to discover that the rechargeable battery is not replaceable but I’m working on the theory that if it’s plugged in it doesn’t matter anyway. Planned obsolescence seems like a cynical ploy to make you buy something new, will modern guitars wear out to? 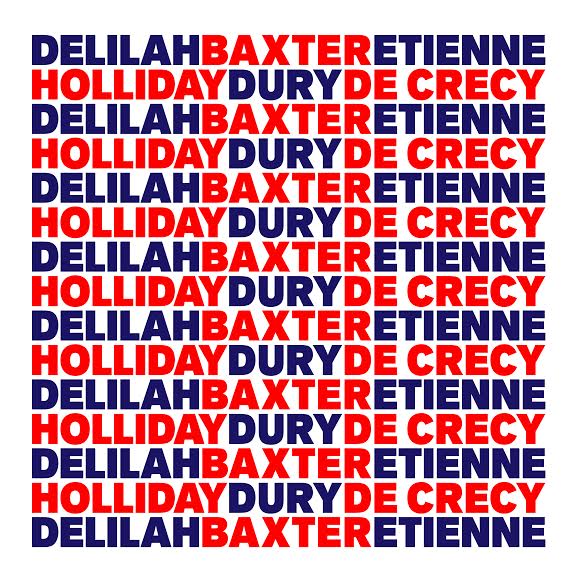 Music today has been Baxter Dury, Étienne de Crécy and Delilah Holliday’s B.E.D, an odd mix of a French electronic producer, a Lan-denar and a likeable discovered shop assistant. What could go wrong?