Today was Rickenbacker revival day and I had to go to Gaia over the bridge to Jorge the fixer’s house to pick it up. The history of this guitar is quite frightening because it has been through so much. I don’t quite remember when or where I bought it except it was decades ago in Australia or America, it’s confusing – they both begin with A. The guitar had been butchered from the start, it originally had an R tailpiece or a tremolo bar set up, but I’m not sure which. For some reason, this and the bridge assembly had been removed and a chunky Badass bridge bolted onto the guitar. The original machine heads had been removed and replaced by Grover machine heads and you could see where the original machine heads had been. It was something of a brutal job and one can only imagine that this was done because there were some serious tuning issues with the guitar in either the machine head or the tremolo bar assembly. Whatever it was it was, the previous parts were unceremoniously ripped out, it’s as if the job was done by a blacksmith rather than a luthier.

I once showed this guitar to John Hall, the owner of Rickenbacker, and told him that despite the butchering of the guitar it has a special sound that I really like, he commented that the moving forward of the bridge and the fact that the replacement bridge is bolted to the body of the guitar would change the tone of the guitar, and it certainly does. To hear this guitar on ex-band records the best example is Reptile but it’s also on the Sing Songs EP where it particularly stands out on The Night Is Very Soft and Ancient History. I’m sure there are others.

The guitar has not only been butchered with original parts lost and ill-fitting parts added, it also has been badly damaged twice. Once at First Avenue in Minneapolis when I rested the guitar on Tim’s drum kit at the end of a show and he decided to kick the kit over, breaking the body of my guitar in half. I took it to Rickenbacker and they somehow managed to glue it back together, although at the time they were doubtful that they could fix that kind of break. The next time was when I was playing with The Saints in Freiberg, Germany, one of the crew picked up the guitar case that wasn’t properly closed and the guitar fell onto a concrete floor and broke again, this time in a different place. Since then I’ve had gaffa tape holding the bottom half of the guitar together…till now. Jorge with his luthier skills managed to glue it securely and the gaffa has now gone.

It wasn’t only the body, the bridge needed adjusting, and both volume pots were barely turning. A setup, a new set of strings and the guitar is back. Although it was made in 1966, I’m not sure of the value of a guitar with such damage and with original parts missing, replaced and done without finesse, but as far as its worth, it’s priceless and I could never sell it, because it is unique and when you think of all the guitars in the world, if you find one that has a sound all of its own, then you’d better hold onto it.

I brought the guitar back on the subway with the latches taped, one is broken and I didn’t need it to fall out again. It had started to rain and I quickly made my way from the subway to home as I passed the market holders frantically trying to pack away their wares. Earlier in the day before going to see Jorge I’d managed to get to the market and bought an album I already have in many different versions, Genesis Live. It’s such a great record and I’m sure I found a version with a different texture on the cover, haha, fascinating. 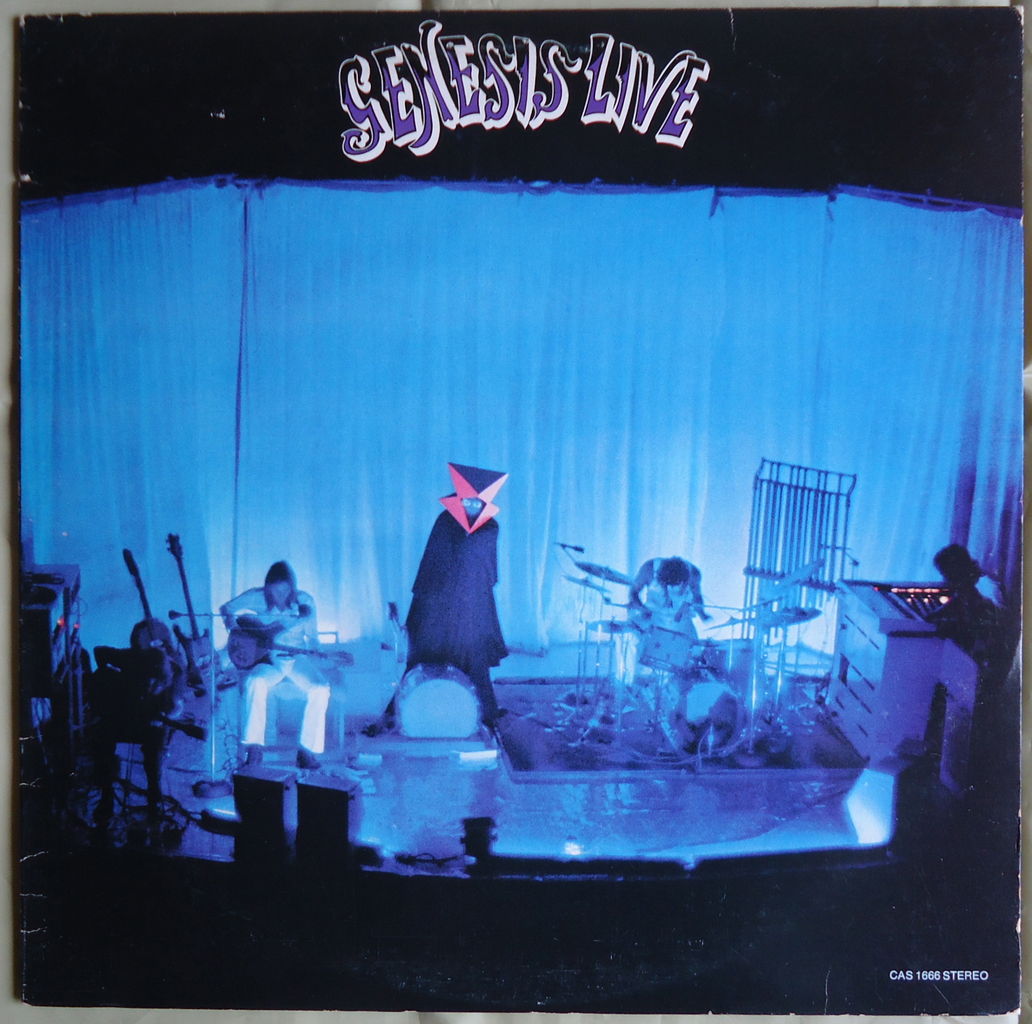