Today was my appointment with immigration for my official residency card. I’ve been waiting nearly two years to get it and the notification came for appointments the morning we left for the Anekdoten show in Spain and before we drove on to France and England. Classic, the day we leave we get told about appointments that are only available till a certain date, this meant I had to be back by today whereas before it was open-ended. As it happened because of Ariel’s injury I was back three days before today’s appointment anyway. But, it went well, three nice ladies joking around and having me sign a form, taking my pic for the card – we were in and out of there in ten minutes. Unfortunately, I won’t be here when the card arrives, more on that at a later date but I’ll be glad to have this official confirmation that I am a Portuguese resident and I can show it at any borders I go through in Europe. It might not give me the same rights Olivia has as an EU citizen but it does show that I am an EU resident in an EU country.

We took an Uber to the appointment because it was on the other side of town and not too close to a subway plus Ubers are pretty cheap here. It was another lovely day and after the appointment, we walked down the road and found a shop that sold old quality furniture and other curios and we bought an old fifties medicine cabinet. Next to Miguel’s record shop where I bought another copy of Ian Dury’s Do It Yourself (1979) which I think is my 15th copy. There are allegedly 35+ different covers, halfway there. I also picked up a French copy of In The Court Of The Crimson King (1969). One day I imagine having a wall in the archive exclusively dedicated to this iconic album cover. I picked up Bringing It All Back Home (1965) but under the title of Subterranean Homesick Blues as it is called in some European countries. I found a copy of Selling England By The Pound (1973) with a different cover. I’m sure I don’t need to name the bands. I found a Portuguese copy of Echo & The Bunnymen’s 12-inch No Pares (lit. Don’t Stop = Never Stop, 1983) and a Portuguese Close To The Edge (1972) with that band’s new album second hand, The Quest (2021).

We went via the psychedelic psupermarket that sells international products and bought some Quorn burgers, hard to find here in the normal psychedelic surroundings. The subway is around the corner and we ran up the steps as I was trying to get back home for a sesh with Mike in Chicago. The first train came but it was so packed we couldn’t get on it due to it being rush hour. The next one came and it was half empty, it’s always like that. We changed trains at Trindade and we made it to the Marquês square in time for me to get in front of my computer. But this time my keyboard was playing up. I replaced it with an old spare one but that confused the computer so I pulled out my original Portuguese keyboard which worked. Olivia took my English keyboard to the shop around the corner to find that the rechargeable battery had failed. It’s a constant battle with technology.

Pete the drummer from Anekdoten called me to tell me that Michel Lorteau in France, a fan who has been kindly sending books and records and cassettes for The Archive, had found a Magma 7-inch single that Pete had been looking for for 25 years. Dinner and The Rings of Power – Episode 7 next, we were going to watch the last episode of the season too but I was distracted by the political goings on in England. There’s as much action in London as there is in Middle Earth. 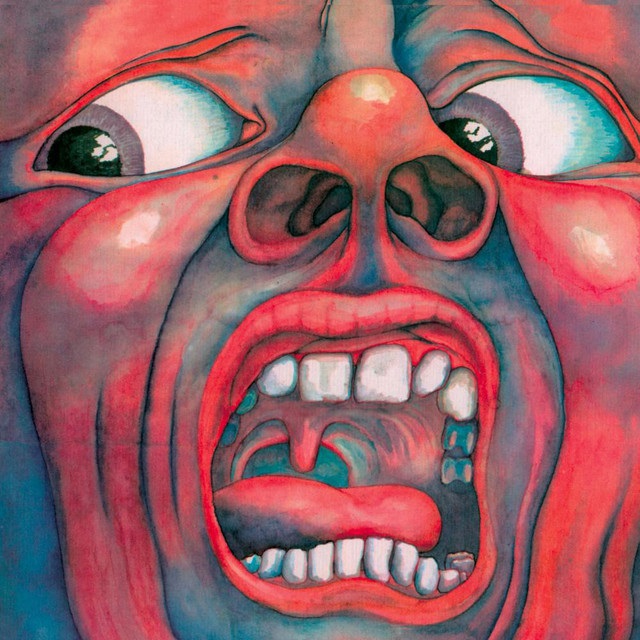 Music today has been In The Court Of The Crimson King by a band from England, I just thought that the cover might reflect the feeling in British politics right now.