I love flying late. Having the time to slowly get up and organise yourself for your flight without panic. As if flying isn’t stressful enough, this flight back to Porto wasn’t even planned so the considerations of weight and shape and items were suddenly under scrutiny. For example, the camera stand and the umbrella that were driven to England weren’t so easy to bring back on the plane. We also took our pillows with us and suddenly needed to bring back these bulky items, things we would never usually consider taking on a plane journey, things that there was space for in a vehicle, a vehicle you expected to drive back to where you came from, not leave parked, broken on a garage forecourt, uncertain of its fate.

The plan at the storage house was to consolidate the space, save some money and bring back a selection of items to Porto, mainly guitar amps and guitars, but also some effects, two compressors, an old analogue delay unit, some books, lava lamps and some artefacts that I’d bought travelling over the years, some paper maché skulls and alebrijes bought in Oaxaca in Mexico one year. Also, my record cleaning machine, a small mixing desk, some more speakers, my quad studio monitoring amp, an old radio, some big dictionaries, posters, the body of a mannequin (we only have the head here in Porto) and of course a large slab of Heinz baked beans, sadly the list had to be substantially culled.

Boydy gave us a lift to the airport (saying farewell today to the ever-helpful Boydies). Although the list of items we were planning to take back to Porto was severely limited, I decided that I would pay for some excess baggage and take four more guitars with me so I would have most of my guitars with me in Porto. Somehow we managed to get everything in the car (at both ends) and at Porto airport, there was no one in the customs to ask me about the guitars (result), but I have had them for 30 years, it’s hardly contraband or for resale.

On the plane, I read a whole lot of early F. Scott Fitzgerald short stories on the tablet that AAE Andy had given me and found I liked the medium which I’ve been wondering about for a long time, as carrying books on planes isn’t really practical. As far as the stories they were very early and some were very short but interesting. Olivia had an app on her phone where she was following the flight and looking out of the window at the world below, pointing out the River Douro and the bridges when we circled around the night-lit city of Porto.

Great to be home, sad about the circumstances, we unloaded everything and put as much as we could in its place. It was too late for the shops so yesterday’s food consisted of avocado sandwiches before we left and two bowls of cereal on arrival with a cup of Tension Tamer tea. Luckily I had unopened soya milk in the fridge and that replacement meal took the edge off being hungry. We’d managed to push the pillows into the suitcases and Boydy gave us an old suitcase they were going to throw away which we used to fit everything in. So we made it but we’re still waiting to find out what the insurance covers us for and/or how much we are going to have to pay to get Ariel back as a functioning member of the family. 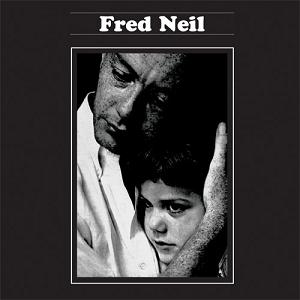 Music today was a mix of sixties and seventies songs but one track that stood out was Fred Neil’s The Dolphins from the self-titled third album, released in 1966. The album also featured the song Everybody’s Talkin’ made famous in the film Midnight Cowboy (1969) and sung by Harry Nilsson, making No.6 on the US chart.