A decent night’s sleep, not a troubled sleep worrying about what’s going to happen with Ariel because I simply couldn’t keep my eyes open and had no reserve brain power for worrying, that’s why yesterday’s blog was so late. We were all up later today because we had less to do at the storage due to the fact we did so much the day before and we needed to catch up with the zzzs. Olivia came with us today, to sort out and fix and catalogue. Dare came for some of the last liftings before leaving to head home and Boydy hung in there for the duration (he’s so strong, haha). Couldn’t have done this without their help, especially since Ariel’s sickness. It was a bit of a miserable day, so being indoors in a warehouse moving boxes and roadcases didn’t seem so bad. We had to carefully consider the order of things as the space got smaller upstairs and emptier downstairs but it was a relief to see that last item move upstairs, dropping the storage rent by £40 per week. It’s still about £450 per month but I simply don’t have an alternative until I can sort out the potential for moving it to Porto. I’ve been paying for storage for 25 years, that’s the lot of a travelling musician.

It seemed we got the timing exactly right, we were just about ready to go as the warehouse was closing. Throughout the day, I had to make some decisions about what to do with the items I wanted to take back to Porto. Do we have a car? The answer to that will not be known till Friday and then the storehouse is closed on Saturday and Sunday. On top of it all my Brexit Withdrawal Agreement biometric card appointment in Porto is next Friday, 14th October, and if I’m to make it I need to leave England before Monday and that’s the only possible day the car could be fixed and the warehouse be open. So, that means I may have to fly back to Porto and if so I will take two of my guitars with me, my Fender 6-string bass and my black McGuinn Rick 12. This meant I had to take them with me today before I even know if I’m flying or we’re driving. In the worst-case scenario, we leave the car and we both fly back which means Olivia will also take two guitars, two solid-body Rickenbackers, the black 250 with the tremolo bar and the red solid-body Rick 610. Special instruments for special moments.

The storage closed at 5 PM so we went for a coffee and a sit-down, waiting for the traffic to ease before we headed back to Bristol – and to have a bit of a rest. The cafe closed at 6 PM but then we realised that Boydy had never seen Wells Cathedral so we had to go up the end of the high street where an ancient gate leads you to the green before it. It’s an incredible building, I told Boydy that it was going to be a ‘wow moment’, and it was. Ed from Ozric Tentacles told me that his father, a sculptor, had used him as a model for some of the weather-worn and reconstructed faces on the statues that sit in alcoves on the face of the building. Wells Cathedral also holds an amazing ancient astronomical clock (check the link), designed philosophically on pre-Copernican principles. 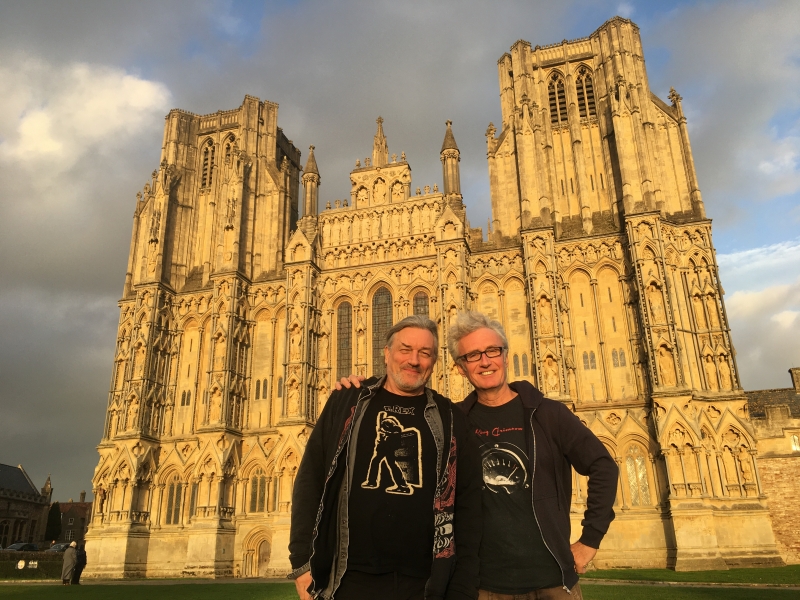 Back at Boydy manners, my replacement computer had arrived from Mohamad in London and after unwrapping it I set about transferring all my data from the backup hard drive that Mohamad had insisted I purchase before my computer finally collapsed in a heap. What a relief to not be worrying about it not working when I have enough to worry about with Ariel in pain. That was the day, Trish cooked a great meal that included Linda McCartney’s vegetarian country pies, I greedily ate two. 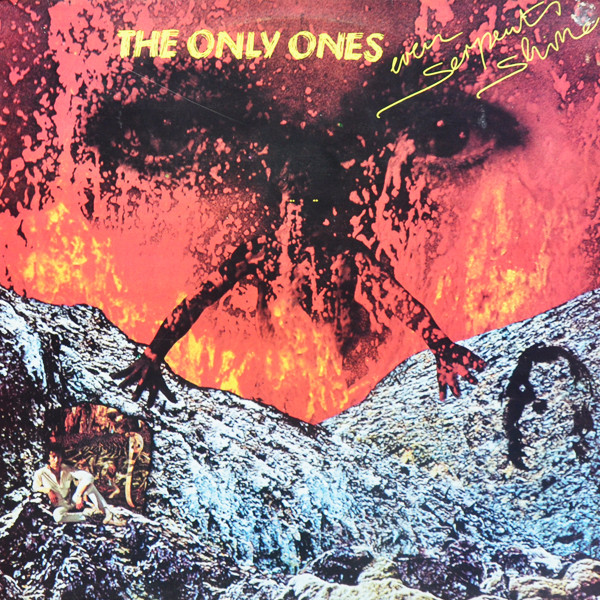 Music today was one of my and one of Boydy’s favourites, The Only Ones – Even Serpents Shine (1979).