When it rains, it pours. After spending most of the afternoon fighting with my computer when I should have been working in the storage, organising the archive, we left Wells to visit our friends Trev and Trish in Bristol. The storehouse closes at 5 PM so we have to stop. The cafe closed at 6 PM and in the time I was there, frantically to and froing with my computer man Mohamad, I finally made some progress at least by managing to back up my data onto an external hard drive before it either crashed again or showed one of various error messages that wouldn’t allow me in. What else could go wrong? On the way to Bristol, Ariel broke down.

A strange smell and finally no power, luckily we were able to freewheel into an emergency layby beyond the hard shoulder on the M4, we were seven minutes from Trev and Trish’s house. It’s the M4, it’s dark, it’s starting to rain, we’re on the side of the road, it’s loud, we are not a member of any roadside rescue and recovery service in the UK but we are near an SOS phone. I call, they are helpful, I get numbers to phone. The first is too busy, the second says they shouldn’t have given me their number, the third is the AA who won’t help because we don’t live in England, the fourth doesn’t answer, the fifth doesn’t answer. Next, we look online and we find a number, they were too busy, then we found Don, Bristol Recovery. It wasn’t cheap (£120) but he was quick and helpful and took us to Trev and Trish’s house, Ariel on the back of the truck, Olivia and I squeezed into the front.

We met near Trev and Trish’s driveway entrance and Don stayed to help us try and figure out what happened, he was sooo helpful, beyond the call of duty. We were able to figure out that there were three potential problems, water, oil, thermostat, tomorrow hopefully a mechanic can tell us without it costing a mint. Trish cooked an amazing dinner, we talked and we laughed and we forgot the troubles of the car and the computer and now it’s late. We weren’t supposed to stay here tonight and tomorrow Trev will come and help in the storage and Trish and Olivia will try and figure out the car. I will talk to Mohamad about my random regular computer crashes. Now I have to sleep, I’ll only get four hours. 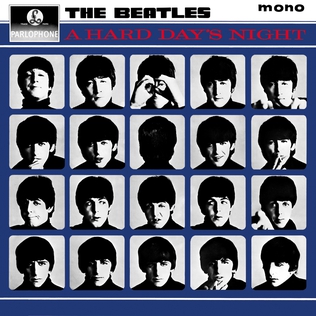 Music today was appropriately The Beatles‘ A Hard Day’s Night (1964).