London, chaos, train strike, London marathon tomorrow, traffic jams, cars and buses, just stopped, and this in New Malden where we are staying with our friends Biggles and Colleen. Colleen kindly offered to give us a lift to Wimbledon station where we could get a tube into central London, easier said than done, it wasn’t long before we were stopped behind trucks and vans, double and single-decker buses. It was so bad that we drove back to where we started to approach Wimbledon from another direction. We finally got there and poor Colleen then had to find her way back home (thank you). We got on the train to Earl’s Court, changed and then took the Edgware train to Notting Hill. There, Olivia and I decided to part ways where I went and did some things I wanted to do and Olivia went and did some things she wanted to do. We agreed to meet at Fopp Records in Cambridge Circus, my last hope for finding Caprisongs, the new FKA Twigs album on vinyl, not sure why it’s so hard when it’s been out for a couple of weeks.

Olivia walked through the windy streets/Kensington Gardens to Hight Street Ken and I stayed in Notting Hill for my annual trip to the Record & Tape Exchange. I bought loads of CDs, too many to list here. I bought them mainly for the car now we have a decent CD player, although now we need a bigger speaker system to get over the high volume of Ariel’s heart. They had to go and find me one of those tough shopping bags to carry them out of the store. It’s such an unnerving place, there’s always one snotty bloke that works there, one nice, one with an air of contempt. Buying records there is like being under arrest, accused, one good cop, one bad cop, not grilling you, not exactly judging you but some kind of cynical inner sneer, impatient, almost put out by your presence, and if you try and be communicative, interrupting their dour world view, then you are ostracised even more. Heaven forbid if you have a question.

From there I walked to Queensway to see Mohamad. Mohamad started as my computer fixer, now he and his family (Zainab and Zahra) have become friends. They had a week in our flat in Porto and tonight we were going around to their brilliantly located flat in the centre of Soho for Lebanese home-cooked dinner. Mohamad had had some records sent to his address at his business in Queensway that I picked up, quick chat, see you in a couple of hours. I got the train from Queensway on the central line to Tottenham Court Road and changed to the Northern Line for one stop to Leicester Square. Getting off the train, going up the escalator, it was packed and when I got out onto the street, Leicester Square itself was a sea of bobbing heads, you’ve never seen so many people, I thought there was supposed to be a train strike? So people have either driven here or already live here in the metropolitan area, anywhere the tube goes. You couldn’t move and I was carrying two heavy bags. London, chaos.

I got to Fopp, couldn’t find the record, got talking to Mark behind the counter upstairs about the state of the universe and finally asked him if he could look on the store computer and unravel the Twigs mystery. It was there, it was released but he was confused by the info, there’s black vinyl, a glowing vinyl, no CD, he disappeared and five minutes later came back with the black vinyl version in his hand, finally I got it. As we chatted Olivia arrived and we headed into Soho to Mohamad’s for a slap-up home-cooked Lebanese dinner. We stayed, chatted till 10 PM and thought, how were we going to get back to New Malden?

Pretty much a nightmare travelling in London today and as we thought about walking to Oxford Circus, changing at Queensway and taking the district line to Wimbledon, Mohamad and Zainab offered to drop us at Bayswater Road on Queensway in the car. Amazing, saved us lugging the heavy bags through the streets of Soho. Then we discovered that the tube had no service beyond Parson’s Green, nightmare. I called Biggles and told him we’d make our way to Wimbledon on the bus from Parson’s Green or even New Malden if we could figure it out. There was no information about how to do this, it’s 11 PM, the train is packed, it’s starting to rain, Biggles called and said I’ll come and get you at Parson’s Green. Lifesavers One: Mohamad and Zainab, Lifesavers Two: Biggles and Colleen, double thanks. A terrible day to go to central London. 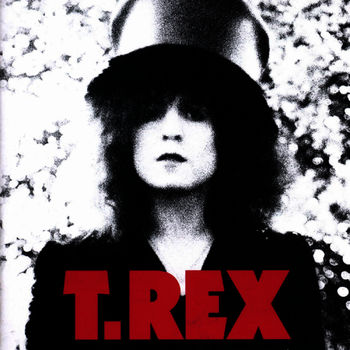 Music today has been T. Rex – The Slider (1972) because on the way from Parson’s Green we went over the bridge in Barnes where Bolan was tragically killed, a shrine with flowers a sad reminder of the death of a great star.