After a brave 12-hour drive by Olivia and a brave staying up to write the blog by me, I finally got to bed at 5.30 AM-ish (a bit later actually). So at 10.30 AM when the lads from the band were knocking on the door, it was something of a rude awakening. This meant a mad rush to get ready and leave, half asleep, couldn’t work the mega-complex shower, trying to get downstairs where everyone is waiting, struggling with my gear (my guitar, my bag of leads and my pedal board), we were soon on the way to the gig. It was about 20 minutes away, we were staying in Olite, an ancient town with a castle, and playing in Peralta. Lots of speaking Spanish and Swedish, translating and setting ourselves up for the show. Cool people, great sound system, amazing venue, the soundcheck was perfect…so what happened?

Back to the hotel, I went for a couple of hours’ nap whilst listening and drifting off to the setlist. Woke up refreshed and back to the gig. Austria’s Blank Manuskript were on stage, we got ready downstairs and an hour and a half later, it was our turn. All my settings had been saved on my amp, the monitors were set up, we sounded great, and we were ready to go. First song, Slow Fire, big heavy riff, no volume on my amp. The PA tech spent the whole song trying to figure it out. It was workable for the second song – just. But a less-than-perfect start with a complex band isn’t good, it’s hard enough. Also, Jan Erik’s bass amp had started making funny noises, so they changed it from the soundcheck to the gig…and didn’t tell the soundman. Not only was my amp super quiet but Jan Erik’s was super loud. All the balances we had meticulously worked out were out of the proverbial window. In trying to get my amp working, it became way too loud and then quiet again, disaster. Nicklas couldn’t hear the drums and then an issue with Anna Sofi’s keyboard.

I was playing percussion on a few songs and I don’t need monitoring apart from Pete’s hi-hat and I don’t need an amp, so it took me a while to realise that all the time I’d spent getting my guitar volume right in the monitors at soundcheck was for nothing because there was no guitar in the monitors which was adding to the sound problem. They scrambled around, eventually fixed it and two songs before the end of the set the sound was about right. This is why you need money, you gotta have your own crew, there are just too many things that can go wrong.

I only have one guitar with strap locks, my Strat, and tonight, one of them decided to break, ironic. Because the lock itself takes up space I was having trouble connecting the loose end of my guitar strap and keeping it from slipping off. Oh yeah and just before I went on stage I cut open the palm of my hand whilst cutting open a bread roll with a serrated knife. In situations like this all you have left is your passion and in the encore, we most certainly did a rousing version of Gravity. That was goodnight but the old phrase ‘the road to hell is paved with good intentions’ really came to the fore tonight with a very helpful crew and a whole lot of stoopid errors. All this leads to the band not being able to deliver its essence. The soundman told me he had to feature the line bass sound instead of the amp because of the issues with it, the line sound is the last sound we want for the bass.

It was great to see everyone, play music together in this great band, hang out, be in Spain. Being in any band is an adventure. I once went to see Bryan Ferry at the Beacon Theatre in New York, he came on stage, the band started the song, he started singing, no vocal in the PA. You could hear he had monitors but his voice wasn’t in the PA. Can you imagine? So bad, s**t happens even with money. 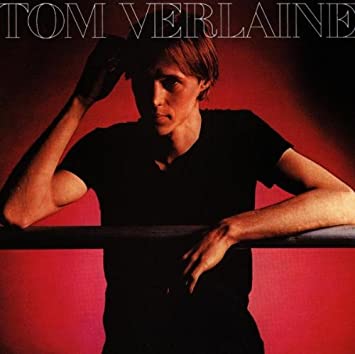 Album of the daze was Tom Verlaine’s debut, released in 1979. No rhyme or reason.