A day of encounters that began with the return of Bellyman in the Marquês square, belly out, celebrating the sun and in his usual seat. Dogman was also there with the three dogs as well as the ‘Suéca’ players and their entourage. It was the warmest and nicest day for over a week so the world had reawakened and the recent rain was already a memory. The mumbling man was outside the bank and the homeless people who weren’t allowed on the bandstand were sitting around it. The school kids were flocking out of school and a girl was sitting on the pigeon poop bench who I warned and she confidently told me (in a friendly way) that she hadn’t been hit which was code for I don’t think I need to move. When I returned from the pool, she was still in the square – on a different bench.

I was attempting to get to the pool earlier because sessioneer Fred was catching a flight to Austin and needed to speak two hours earlier (4 PM). I made it to the pool by 2 PM, it was quiet, it was lovely. I talked to Firmino, one of the lifeguards, yes, Firmino, like Liverpool’s Roberto Firmino, except Firmino is his first name and get this, his surname is Miguel! I swam a thoroughly enjoyable non-stop mile and realised that this is why I do it, it’s the groove. I did the extra strokes and the dilapidated moth and retreated to the dressing room.

At the same time, a lot of even older men than me were coming out of the smaller pool. What is it when a bunch of men get together? The exchange, the banter, the noise. As I left the shower the noisiest old fella had his leg up on the sink so I couldn’t pass, I stopped and waited and he went into some kind of banteresque exchange with the others. It pissed me off, I said, “Hey, talk to me, not them!” and when he moved he continued his exchange with the others so I looked him straight in the eye and said forcefully, “Talk to me, not them!”. At that point, he backed off and nothing else was said.

I was running short on time, no time for lunch, no time for the bakery, I ran part of the way home and sat down at my computer at exactly 4 PM for my sesh with Fred. Olivia was out and when I was done I had the urge to get out myself and follow up a connection for temporarily storing the archive c/- the guys at the music store. So I headed down the street for more encounters, Olivia was arriving as I was leaving and as we were talking we were accosted by a friendly drunk who recognised us as not Portuguese and asked if we were tourists or lived here and told us that he’d lived in Belfast for 15 years and went on his way with a smirk and informing us that the police were looking for him. Olivia and I agreed to meet for dinner and after my mega swim, the encounters and the 15-minute brisk walk each way to the pool, I powered down the street because it was already after 5 PM. I said hello to the ladies of the day and zigzagged around the school kids and was soon in the centre of town.

The new/old Bolhão market has opened after four years and I walked through, looking for avocados. I found them ripe and ready at a stall where before me a woman had picked up some vegetable pieces with her fingers and put them back, the woman serving told her off and her husband got angry that his wife had been admonished as they stormed off into the crowd. I went down to Garage & Stage, the music store, and spoke to Patrick about this possible archive storage before moving across the road to go to Tubitek, the record store. Jorge and José were busy so I browsed some cheap CDs and found an Anohni – Paradise EP (2017) and the B.E.D. album (Baxter Dury, Étienne de Crécy and Delilah Holliday, 2018). It was then that I met Francisco the editor.

Francisco edited the piece we did about The Archive on Portuguese television with interviewer Carlos when we first came to Porto:

He told me he reads the blog every day and we had a good chat about The Archive and the possibilities. We agreed that we should film as much as we can around the move, for a possible documentary, you never know. In the shop, I came across a nice brand-new copy of Procol Harum’s first album (1967/2016) and the first-time release of the legendary 1970 Creedence Live At The Royal Albert Hall concert. The new Mars Volta had arrived as had the remix of The Floyd’s Animals and the new The House of Love, A State Of Grace, double 10-inch. This is the point where I realise that although I have all the records, I somehow seem to have mislaid the CDs. Maybe I left them at the shop?

Back home via the psychedelic psupermarket in town and a quick coffee where they taught me how to say ‘you are cool’ in Portuguese (Tu és fixe) and as the light faded I powerwalked home on a humid night and on arrival immediately placed myself in front of the fan – and Forest/Fulham (2-3). We ate and the clock kept on spinning and told me to get onto my language lesson before midnight (Spanish at the moment). At this point, my iMac suddenly couldn’t find the internet and three hours later still doesn’t work whatever I do, ideas? This is me writing on my laptop which works perfectly as does Olivia’s laptop. The frustrations of technology, even worse when it’s the latest technology. 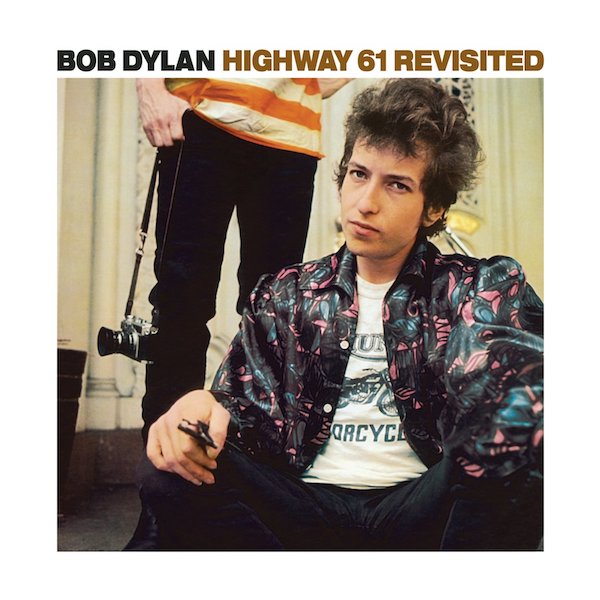 Music today has been Bob Dylan’s 1965 masterpiece Highway 61 Revisited, his sixth album which was recorded between June 15th-16th and July 29th-August 4th and released on…August 30th, those certainly were the daze. The album reached No.3 in the US and No.4 in the UK, No.2 in Greece and No.28 in Germany.