Sunday still, not a sound, not a seagull, not a firework, not a barking dog, not a shutter being drawn, not a motorbike tearing into the distance, not a scream from the street, nothing, it’s like the moon, Earth on Sunday is like the moon. There’s the occasional star peeping through the clouds, no moon to see, no Jupiter, no Venus, no Serena. The only noise, the roar of the crowd at the US Open, Kyrigios, Medvedev, edgy. By the screen the large lava lamp, but I forgot to turn it on, sad, dark, not living up to its alien dreams, the planets beckoning for its return to the outer galaxies, it’s an artefact, a UFO landing light, or extraterrestrial entertainment, their amoeba tennis.

Three seshes today, one with Arktik Lake Tony where we considered a new song that conjured up Wild Is The Wind, composed by Ukrainian Dimitri Tiomkin born in 1894 when Ukraine was part of the now obsolete Russian empire. The lyrics were written by Ned Washington. As a lyricist, he won the Academy Awards twice, once for When You Wish Upon A Star in 1940 for Pinocchio and again in 1952 for Do Not Forsake Me Oh My Darlin’ from High Noon. These are songs I know without knowing that I know them. Tiomkin won four Oscars, one with Ned for the High Noon song as well as the original score. He also won for the original scores for The High And The Mighty (1954) and The Old Man and the Sea (1958), the classic film based on Hemingway’s novella starring Spencer Tracy, whose middle name by the way was, wait for it, Bonaventure! Originally sung by Johnny Mathis, in the film of the same name it was covered by Nina Simone in 1959 on the live album Nina Simone At Town Hall and by Bowie in 1976 on the Station to Station album and then there’s Billy Mackenzie’s version from the 2001 EP of the same name. It was nominated for an Academy Award but lost to All The Way from The Joker Is Wild (1957), sung by Frank Sinatra and written by Jimmy Van Heusen and Sammy Cahn…real songwriters.

The second sesh today was with Paul and Mike in New Orleans. They write songs individually but are making an album together, a sometimes mixture of psychedelia and power pop. Later Space Summit Jed, working on songs we have written together, and today I wrote chords and parts for a new song…for Space Summit 3, Space Summit 1 (Life This Way) vinyl is due in October. Paul was talking about King Gizzard & the Lizard Wizard who have made “twenty studio albums, ten live albums, two compilations and three EPs” since forming in 2010. 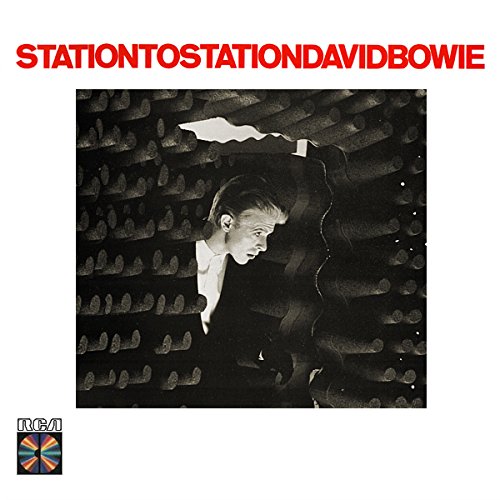 Music today has been David Bowie’s Station to Station (1976). Only six tracks, the title track over ten minutes long, most others five to six minutes, only the single Golden Years was under four minutes. A stylistic Bowie classic.