Down into town, on the shady side of the street past the ongoing demolishing of at least two of the old classic tiled Portuguese houses. They’re not working today so the machinery is still but silent and patient, it will soon be drooling like a beast as it continues to consume its prey, a sleeping monster waiting for the dawn. One wonders if these houses were too far gone or whether a developer convinced someone they needed to be knocked down and replaced with a block of flats, we’ll see what appears in the coming months. There are so many ruined houses in the Porto city area, one hopes they are doing their best to preserve as many of them as possible.

It didn’t seem to be quite as busy in town today, I suppose there are fewer people as September looms. We were walking in the centre and I heard American voices, “Welcome to Porto,” I said. We got talking, it was Hilary and Don who are retiring here from Portland, it seems a lot of Americans are retiring here. After investigation, Portugal seems high on the list of attractive locations. Retiring to Southern Europe isn’t surprising, it’s also a great base for us musician types who never retire.

The T-shirt watch was big today and only three of them were obvious. Pink Floyd, Metallica, Joy Division and wait for it, Einstürzende Neubauten. The oldest wearer was in the Einstürzende Neubauten T-shirt which made me wonder about the older people who are more musically radical, rather than musically conservative. The youngest was in the Joy Division shirt despite them having broken up over forty years ago, like the other ‘most popular T-shirt’ Nirvana, lead singers who took their own lives – and made meaningful music. Pink Floyd was the second youngest with the post-Roger Waters version of the band and then the bearded thirty-something with the Metallica shirt. Can you really tell anything from who is wearing the shirt or just recognise that the shirts you see are generally the same bands, except of course Einstürzende Neubauten.

Tom Springfield died today, he was Dusty’s older brother and a member of The Springfields with her before she went solo. He also wrote or co-wrote and produced a few of The Seekers’ hits. Singer Judith Durham died earlier this month. I realised today that Nazareth’s guitarist Manny Charlton also died last month, I saw them live twice in the seventies at the Liverpool Stadium, once supporting Deep Purple. Americans seem to only associate them with a scratchy vocal cover of Love Hurts, but I remember This Flight Tonight, a brave rock cover of the Joni Mitchell song. Broken Down Angel was the first song we heard as kids, a hit in the UK from the Razamanaz album (1973). For me, it was more interesting to go backwards from this album and investigate their debut from 1971 which featured a cover of Bonnie Dobson‘s Morning Dew. A folk standard, the song was covered many times, including oddly by Einstürzende Neubauten. Exercises was their second album from 1972. I only picked up the post-Razamanaz albums later for the archive although I had the singles of This Flight Tonight and the uniquely titled, Shanghai’d in Shanghai. In 1975 they released a surprise cover of Tomorrow’s My White Bicycle. 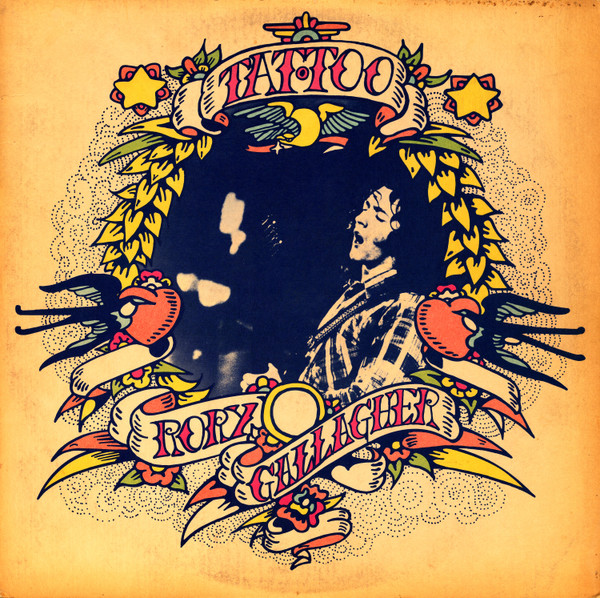 Music today has been Rory Gallagher’s Tattoo (1973), you don’t need a reason.