Today I decided to watch a real film, a film from the fifties. The film was North by Northwest (1959), directed by Alfred Hitchcock starring Cary Grant, James Mason, Eva Marie Saint, Martin Landau and Leo G. Carroll. I decided because I stumbled across it on the BBC when it was about 20 minutes in. I took it back to the beginning and watched it till the Liverpool game started. After Liverpool had destroyed Bournemouth 9-0, Olivia watched the twenty minutes I had already seen and then I returned to the screen to watch the whole thing. It’s what’s commonly known as a classic, despite people sitting in cars with films of the road behind them, obvious studio sets, some dated man/woman dialogue and unrealistic kidnappings, it remains a classic, the angles alone are worth the watch.

One could write a ten-thousand-word essay about this film, and I’m sure someone has but I’ve just come up with a few fascinating tidbits. The main star of the film was Cary Grant (1904-1986) who you might remember for his peculiar accent. The accent comes from the fact that he is English and grew up in Bristol. He went to America when he was 16 touring the Vaudeville circuit and stayed, eventually becoming a major Hollywood star. In 1931 at the age of 27, he signed a contract with Paramount and was told he needed to change his name to something more American. His real name, wait for it, was Archibald Alec Leach, but he settled on Cary Grant, as you do. He starred with Marlene Dietrich (1901-1992) in Blonde Venus in 1932 (Olivia and I visited her grave in Berlin). In 1933 he played The Mock Turtle in Alice in Wonderland. He starred in three more Hitchcock films and retired from acting altogether in the mid-sixties.

His co-star in North by Northwest was Eva Marie Saint who shot to fame after she was cast opposite Marlon Brando (1924-2004) in the classic On The Waterfront (1954), it was her film debut and she won the Oscar for best supporting actress. You’ll be happy to know that at the age of 98, she is still alive. The title track from Lloyd Cole and the Commotions’ debut album Rattlesnakes boasts the line, “She looks like Eve Marie Saint in On The Waterfront”. I could never figure out how he fit Eva, into the scanning, he didn’t, he changed it to Eve, cheating, but then her character in North By Northwest was called Eve, so maybe he was confused.

James Mason (1909-1984) was actually from Huddersfield and unlike Cary Grant came from a rich family, which is why he didn’t have a broad Yorkshire accent – he attended Marlborough private school, the same school that Nick Drake went to…and my mate Des. He was nominated three times for Academy Awards (not Des). I remember him for one of his last roles in The Verdict (1982) where he starred with Paul Newman (1925-2008). The list of classic roles is too long to list here but you might remember The Desert Fox (1951) where he played Rommel as he did in The Desert Rats (1953) along with Richard Burton (1925-1984). The Prisoner Of Zenda (1952) and Stanley Kubrick’s controversial Lolita (1962). In the titular role was Sue Lyon (1946-2019) who was a mid-sixties partner of Donovan. Last but not least James Mason’s son Morgan is married to Belinda Carlisle.

All seventies sci-fi series nerds will remember Martin Landau (1928-2017) from Space: 1999 and general sixties series freaks will remember him fondly from the original Mission Impossible. He won an Oscar in 1994 for Ed Wood where he played Bela Lugosi.

Leo G. Carroll (1886-1972) sixties series fans may remember as Alexander Waverly from The Man From U.N.C.L.E.. He appeared in six Alfred Hitchcock films.

Alfred Hitchcock (1889-1980) was nominated five times for an Academy Award, but he never won despite being one of the most influential directors in the history of cinema. 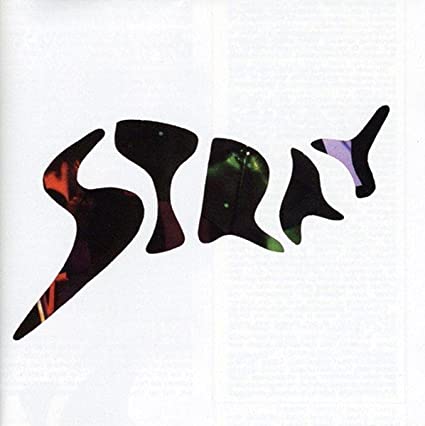 Music today has been the debut album by Stray (1970) mostly forgotten, they released eight studio albums in the seventies. The first track on their debut, All In Your Mind, was covered by Iron Maiden.